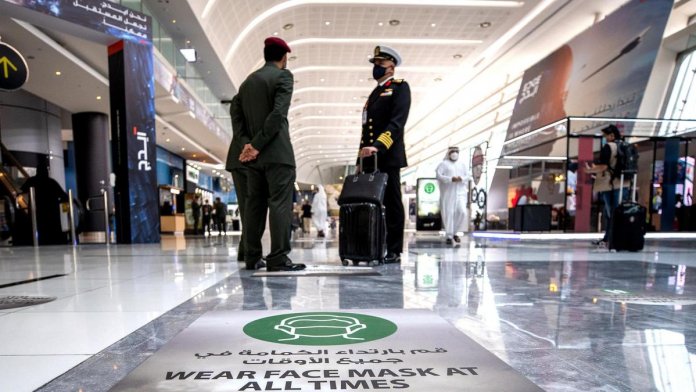 “If at first you don’t succeed, call in an airstrike.” – Unattributed.

The first major defence show of 2021, IDEX in Abu Dhabi, is now under way. Due to its location and the buying power of Gulf states, it is bound to be successful for those participating even though the footfall is likely to be significantly lower than the same event before COVID-19. While virtual meetings and conferences have become somewhat of a norm for most business people (and journalists) in this sector, there is nothing like walking the halls between arranged meetings, noting new developments on often coming across innovations and new equipment that has to be seen to be understood.

As more vaccinations are plunged into millions more arms, the potential for travel and getting ‘back on the horse’ will open up again. Personally I believe that DSEI in London may be my first route back to normality, followed by visits to Washington DC for AUSA in October and then the Defence and Security show in Thailand in November. Perhaps specialist defence conferences will be allowed to open up sooner – even if only attracting a mainly national audience at first.

While ‘live’ presentations and the ability to mix with speakers and fellow delegates during breaks remains one of the main attractions for going to such events, the result of the last year will invariably mean more international speakers will now present from the comfort of their own offices. However, this may work in favour of events, with more potential speakers now feeling comfortable in joining events this way. The delegate base is also likely to be mixed, with more participants online and conferences being streamed live will be the norm (providing organisers with additional revenue).

I end this week’s column with some aircraft for you to marvel at and identify. No prizes just a little bit of fun (answers at the end of this briefing).

Saab staged a Finnish-Swedish Defence Co-operation, Gripen and GlobalEye media briefing on Tuesday 16 February, which turned out to be more of a sales pitch aimed at encouraging Finland to buy its Gripen E/Fs packaged together with the GlobalEye airborne early warning & control (AEW&C) platform.

Peter Hultqvist, Sweden’s Minister for Defence, gave an address in which he stated that solidarity with other nations was integral to Sweden’s defence. Joint operational planning with Finland was unique among other defence agreements with countries such as Norway, Denmark, the United Kingdom, the United States and NATO.

He highlighted the longstanding security dialogue and cooperation between the two countries based on common geo-strategic interests and views on security challenges. “Our ambition is to achieve increased operational effect through combined use of resources, increased interoperability and increased capability to act jointly.

“The military capability to act together has developed rapidly over the past six years,” said Mr Hultqvist referring to a large number of Swedish/Finnish exercises that have been staged such as Aurora, Northern Wind and Arctic Challenge. Civil servants and the military cooperate and exchange information on a daily basis, he stated. “The interoperability between our armed forces is improving day-by-day,” he noted.

Mr Hultqvist suggested that the Finnish HX fighter acquisition creates far reaching opportunities for cooperation and integration, especially if it selects the Gripen E/F. The Swedish government views the Gripen remaining operationally relevant up to 2060 and he further suggested that Finland could play a role in the aircraft’s ongoing development should it select the fighter. While Mr Hultvist said that the Gripen will remain back bone of Swedish Air Force for years to come, he could not confirm that Sweden would purchase GlobalEye. However, if Finland did select the the Gripen/GlobalEye package, this would weight heavily when it came to Sweden making its own decision for the AEW&C platform.

Brigadier General Anders Persson, deputy commander of the Swedish Air Force talked about the cooperation between the Swedish and Finnish air forces. Considering the potential threat (from Russia), he suggested that Sweden could act as a rear area for Finnish forces, while the Swedish air force could support Finland from forward bases in its country.

Brig Persson said that whatever choice Finland makes for its HX fighter, the relationship will continue to grow, but suggested that with the Saab package the possibilities would be grow further – “one Air Force with two commanders.” He also added that there were more possibilities of guiding the mutual development of the aircraft when talking to Saab, in the development of tactics, the training of fighter controllers, technicians and maintenance people. “We are faced with hard and difficult dilemmas. If we stay beyond 1 May we risk more violence, attacks on our own troops and be part of a continued presence that will be difficult. But if we leave then, we also risk that the gains we have made will be lost and Afghanistan can again become a safe haven for international terrorists.” So said NATO secretary general Jens Stoltenberg following the two day meeting (17-18 February) of NATO defence ministers in Brussels, Belgium.

While welcoming the agreement announced by the United States and the Taliban in February 2020, where the US stated that it would withdraw all remaining troops by 1 May 2021, Mr Stoltenberg stated that “there are conditions that have to be met.” He said that the Taliban had to negotiate “in good faith, reduce violence and stop cooperating with international terrorist groups.” He added that this message had been conveyed many times to the Taliban leadership and that the result would guide NATO’s military commitment to Afghanistan.

Mr Stoltenberg explained that NATO’s continual presence in Afghanistan – still around 10,000 troops from mainly European partners and allies (the US now has around 2,500) – meant that they could closely monitor the security situation, in addition to working with Afghan security force intelligence. He stated that the United States would also continue to work with NATO.

During a media conference, Afghan journalists remained sceptical of the Taliban’s true intensions, one indicating that there were indications of another Spring offensive. Mr Stoltenberg fell back on the expectation of the Taliban continuing in ‘good faith’: “We are expecting the Taliban to reduce its attacks,” he defended.

Mr Stoltenberg noted that it was the first meeting held that included representatives from President Biden’s administration. The NATO summit in late 2021 will address “ambitious proposals” laid down by Mr Stoltenberg including strengthening commitment and increase burden sharing. “We also need to raise our level of ambition regarding resilience,” he stated, together with transatlantic cooperation over technical innovation.

Increased defence spending among European allies and Canada would occur for the seventh year running, said Mr Stoltenberg, stating that nine countries would spend two percent or over of their Gross Domestic Product (GDP) in contrast with only three in 2014.

On 18 February Mr Stoltenberg announced the expansion of the support training mission to Iraq. The training mission will be significantly expanded from 500 personnel to 4,000. Additional Iraqi security institutions would be incorporated and the mission will extend beyond the capital, Baghdad. “Our presence is conditions-based on our troop increases will be incremental. The mission is at the request of the Iraqi government,” confirmed Mr Stoltenberg.

Mr Stoltenberg said that the territory that Daesh controlled in Iraq and Syria has been lost [it was around the size of the UK with a population of eight million people], “but ISIS (Daesh) still operates in Iraq and we need to make sure they are not able to return. We have also seen some recent attacks by ISIS.” The solution, he said, was the training of local forces and capacity building to try to ensure that NATO forces would not be needed in large deployments again. This expansion of the training mission would be conducted ‘step-by-step’ beyond the Baghdad area.

17 February, 2021 – Finland
The State Department has approved a possible Foreign Military Sale to the Government of Finland of Extended Range Guided Multiple Launch Rocket Systems and related equipment for an estimated cost of $91.2 million.

19 February
US NAVY
Huntington Ingalls Industries has been awarded a $2.9 billion contract for the USS John C. Stennis (CVN 74) refuelling complex overhaul. This effort refuels, overhauls and modernises USS John C. Stennis (CVN 74) to support the second half of its 50-year service life. Huntington Ingalls Industries’ Newport News Shipbuilding division is the original building yard contractor for all ships of the CVN 68 class. The Naval Sea Systems Command is the contracting activity.

Raytheon is awarded a $74 million contract that provides 23.4 APY-10 radar system production kits and related support for the P-8A Poseidon aircraft for Navy and Foreign Military Sales (FMS) customers. Fiscal 2020 aircraft procurement (Navy) funds in the amount of $27 million; and FMS funds in the amount of $46 million will be obligated at the time of award. The Naval Air Systems Command is the contracting activity.

18 February
US ARMY
Lockheed Martin Global received a $9 million modification contract for contractor field support technicians. Work will be performed in Orlando, Florida; Taipei, Taiwan; and Riyadh, Saudi Arabia. Fiscal 2021 missile procurement (Army) funds and Foreign Military Sales (Saudi Arabia and Taiwan) funds in the amount of $9 million were obligated at the time of the award. US Army Contracting Command is the contracting activity.

17 February
US NAVY
Brantley Construction Services task order at $16 million under a multiple award construction contract for a multi-mission Surface Combatant Training Facility at Jacksonville, Florida. The work to be performed includes, but is not limited to, reconfiguring approximately 50,000 square foot interior spaces and minor exterior improvements in an existing commercial building leased by the US government. The interior spaces will consist of training classrooms, brief/debrief rooms, training shops and office spaces. Foreign Military Sales funds in the amount of $16 million are obligated on this award. The Naval Facilities Engineering Systems Command is the contracting activity.

US ARMY
General Dynamics Land Systems was awarded a $20 million modification contract for Abrams systems technical support. Fiscal 2010 Foreign Military Sales (Kuwait) funds; fiscal 2021 operation and maintenance (Army) funds; and fiscal 2019, 2020 and 2021 other procurement (Army) funds in the amount of $20 million were obligated at the time of the award. US Army Contracting Command is the contracting activity.

Hope you enjoyed that.