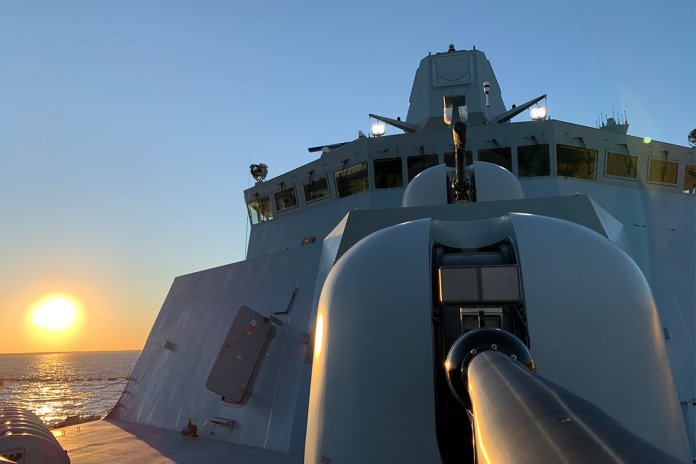 Weibel’s Muzzle Velocity Radar Systems (MVRS) were introduced in 1992, and has since then been in service with some 30 countries and on more than 4.500 howitzers and other gun systems.

The MVRS-700 series radars are small and ruggedized radars meant for installation on the weapon itself. The system measures velocities from 30 to 3.000 m/s and is designed to be mounted on tanks, howitzers, mortars and naval gun systems, interfacing directly to the fire control system (FCS).

Many parameters, such as temperature, humidity and barrel conditions influence muzzle velocity. It is pivotal to compensate for these parameters and improve accuracy and reduce dispersion by adjusting individual gun settings according to precisely measured muzzle velocity.

The radar system consists of an antenna with an integrated processor and an optional display unit placed near the gun commander. The antenna unit contains all necessary electronics and the acoustic trigger. The measured Doppler signals are digitized by the processor and analyzed immediately after recording. The result is available less than two seconds after fire, and the result can be sent simultaneously to an FCS in order to adjust fire automatically.

The MVRS-700 series comes with a number of unique optional features for enhanced performance:

Whether mounted on legacy systems or modern state of the art systems, the MVRS will reduce the number of rounds spent on non-effective firing due to normal dispersion – and it reduces the risk of collateral damage and blue on blue fires. This means that it takes lesser rounds to achieve the desired terminal effect and the crew can leave their vulnerable firing position faster. The MVRS will have an improving effect on legacy ammunition even when used on modern weapon systems.