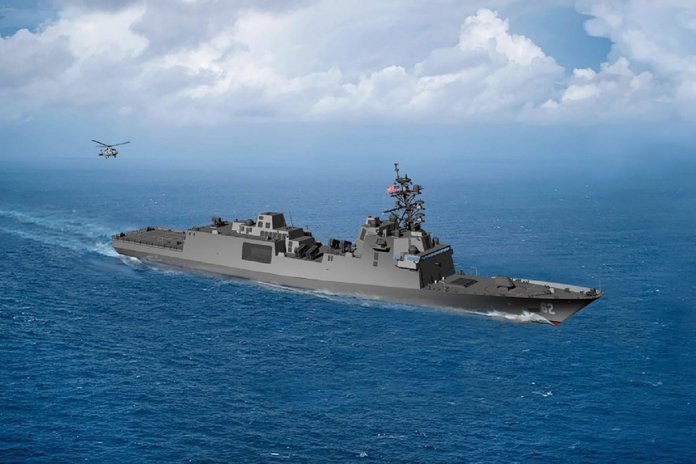 Similar to future lead ship USS Constellation (FFG-62), Congress will be built at FMM’s shipyard in Marinette, Wisconsin. Construction of Constellation is expected to commence in fiscal year (FY) 2022 with delivery in April 2026.

The Constellation-class is derived from the Carlo Bergamini-class FREMM frigate already in service with the Italian Navy and is aimed at addressing the USN’s requirement for a new class of multi-mission vessels that can undertake air defence, anti-submarine warfare, surface warfare, as well as support electronic warfare and intelligence operations.

However, FMM’s design will be slightly shorter and lighter with a length of 151.2 m and an estimated displacement of 5,678 tonnes. It will be equipped with a Mk110 57 mm main gun, a Mk 41 vertical launch system (VLS), a Baseline Ten (BL10) AEGIS combat system, and an Enterprise Air Surveillance Radar (EASR).

Rolls Royce was selected in May to supply an initial shipset of four MTU 20 V 4000 M53B generator sets, each rated at 3,000 kW at 1,800 rpm, providing a total power output of 12 MW for propulsion and onboard power supply.

Up to 20 frigates are expected to be procured over the life of the programme with 10 already provisioned for under an initial order worth a cumulative value of US$5.6 billion, although the USN has yet to reveal its acquisition plan for the remaining 10 ships.