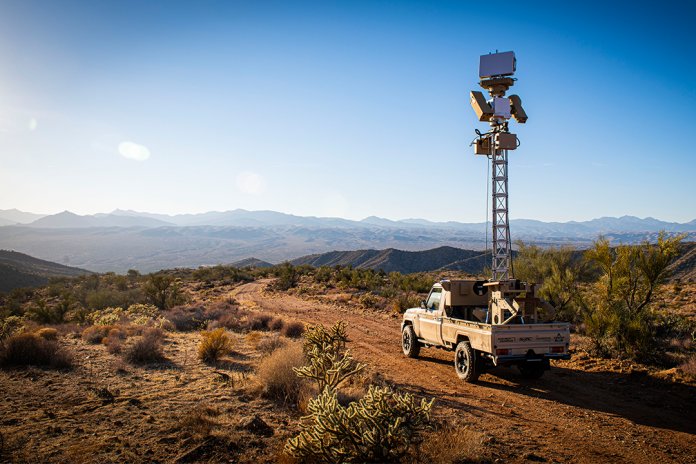 The ability to rapidly detect, identify, track and provide for the defeat of targets within a short time frame has become a battlefield imperative. The small and agile tactical unmanned aerial and ground vehicles introduce more stringent challenges in effectively countering their presence.

Northrop Grumman Corporation (NGC) in a company initiated independent effort have developed a response in its Mobile – Acquisition Cueing and Effector (M-ACE) which it recently unveiled. M-ACE integrates a Griffin radar, day and thermal cameras, radio frequency detectors, and rangefinder on an auto-leveling elevating mast system in a package capable of being mounted into a light truck or other platform. The package has geo-positioning/location and cue-to-detection capability between the sensors providing for visual threat confirmation, identification and hand-off to a target defeat effector.

In October 2020 live field trials M-ACE proved able to detect and effectively provide targeting data on small UASs including multiple simultaneous targets and to pass them off for engagement by Scorpion Gun Trucks equipped with the NGC M230 30mm auto-cannon. These repeatedly successfully downed targets with a single shot using the company’s proximity fused air burst projectile. The detect to defeat process was completed in seconds. M-ACE further demonstrated the ability to detect, track, and identify a range of ground targets and provide geo-coordinates on them which could be passed on for intelligence and/or targeting. Although the Scorpion Gun system was used in the October tests – M-ACE could cue a range other effectors as well as act as an effective mobile reconnaissance/intelligence collection system.

Ryan Carlson, Senior Engineer for M-ACE, shared that the system has been demonstrated to the US and other military representatives. The team is now working on further reducing the system’s reaction time, incorporating an on-the-move capability, and refining the application of the system to other mobile platforms and containerized operating base protection configurations.