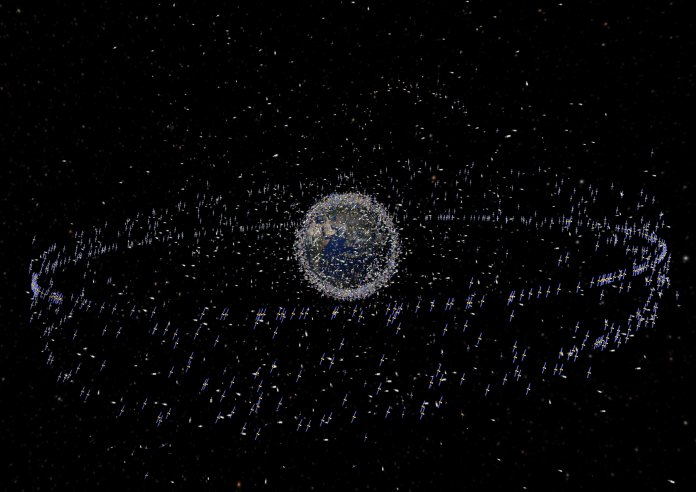 “If everyone is thinking alike, then somebody isn’t thinking.” – George S. Patton

Space is now a contested domain. It is vitally import to a multitude of aspects of every day civilian life, and therefore its it national asset that needs protection. However, the rate at which it is becoming available to virtually every nation state – and even independent actors, is escalating as a security risk.

Congestion in space is on the rapid increase, fuelled by the dramatic fall in launch costs. According to Air Vice-Marshal Paul Godfrey, the commander of UK Space Command, “between 1970 and 2000 the cost of launching satellites into space was around $20,000 per kilo.” However, thanks to civil investment and development in space, SpaceX has reduced the amount to an outstandingly low $2,000 per kilo. Further to this, AVM Godfrey added that Elon Musk’s Starship will reduce this by another magnitude of order to a hardly believable $2 per kilo. “That will make space accessible to almost everyone, whether individuals or nation states,” observed AVM Godfrey.

International rules and checks governing who is launching, what is being carried and for what purpose need immediate attention and made fit for purpose. While projects such as the Combined Space Operations Initiative comprising seven nations (Australia, Canada, France, Germany, New Zealand, UK and the US), and working towards improving and ensuring a ‘safe, secure and stable space domain’, there is no such commitment from Russia or China. As Great Power competition increases, as well as the current threat to the ‘rules based order’ on earth, this rapid race into space has opened up a new and potentially dangerous domain. 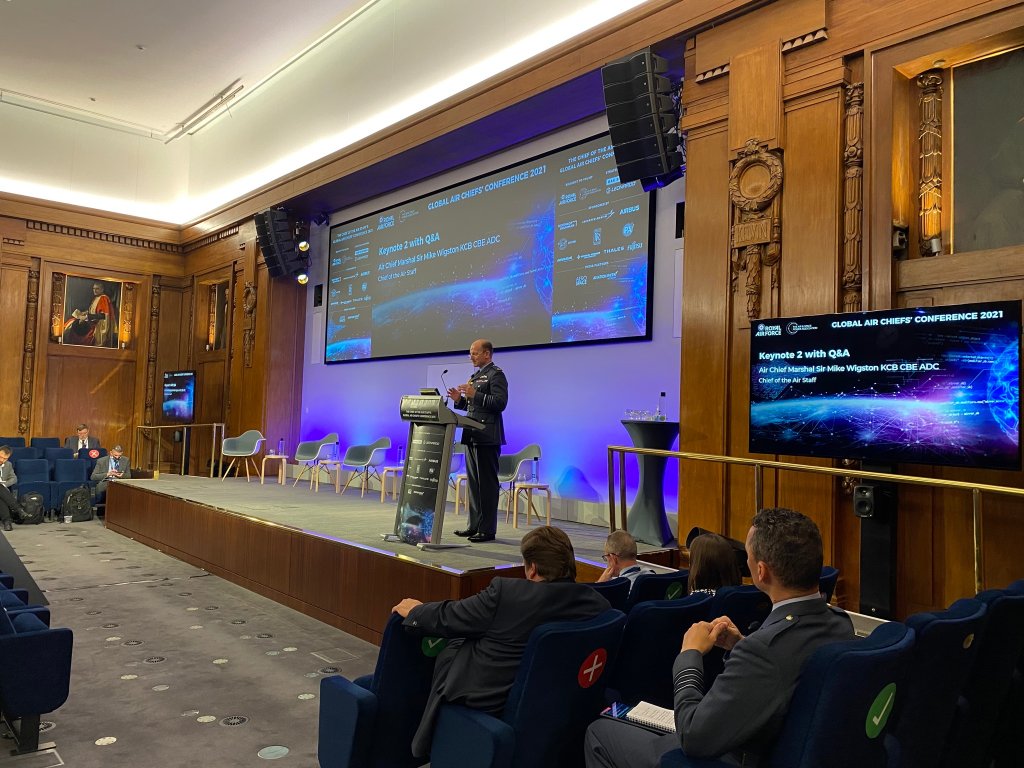 The Nexus combat cloud can now begin to be introduced operationally,” stated Air Chief Marshal Sir Mike Wigston, Chief of the Air Staff, Royal Air Force, during his keynote address at the Air Chief’s Conference on Wednesday 14 July. “We have developed it in-house at a fraction of the cost of comparators,” he added saying that it had been developed through the Rapid Capabilities Office Air Information Experimentation [AIX] – BABELFISH 7 – and would network the RAF’s future generation of aircraft.

He explained that a recent test had involved the host system being carried onboard a Voyager aircraft, and was quickly configured to deliver “a real time common operating picture” through a ground-based Nexus node…This was a functioning C2 network configured at 25,000 feet in 15 minutes,” he said.

Another development announced by ACM Wigson is Gladiator, a distributed simulation system will reach Initial Operating Capability (IOC) at the end of the year. The initial training was focused on the RAF’s Typhoon squadrons, but ACM Wigson said that £40 million would be added to the programme to include other aircraft such as Boeing E7 Wedgetail, General Atomics MQ-9B Protector, as well as the Royal Navy’s Type 45 air defence destroyers and other synthetic environments.

ACM Wigston also noted that an overhaul of the RAF’s culture was required and that there was a need to “make tough calls to retire equipment that has increasingly limited utility in a modern battlespace.”

In terms of addressing the RAF’s personnel skills sets and careers, a reorganisation was taking place to replace 68 traditional branches and trades into 11 professional streams. 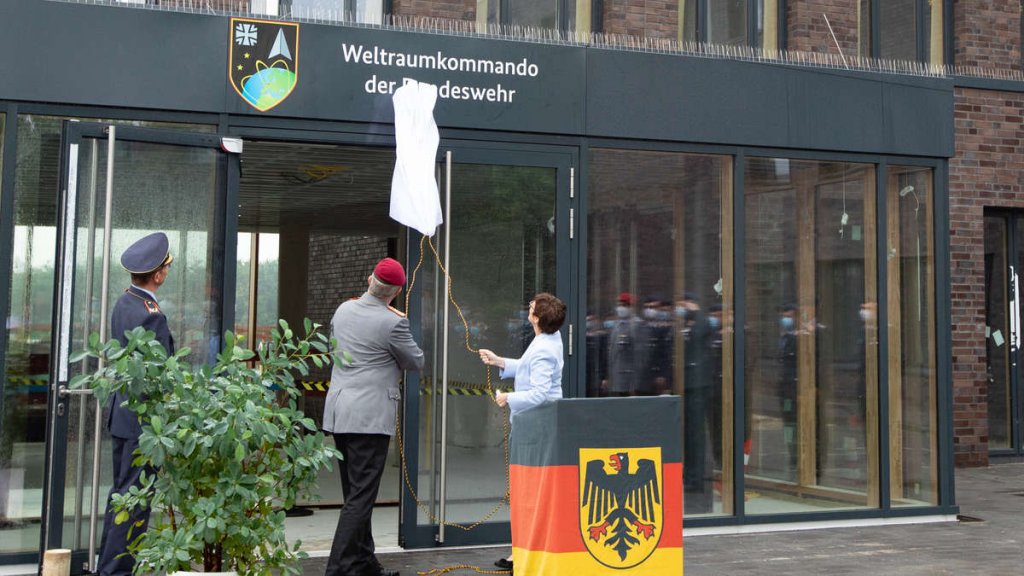 The German Bundeswehr has joined the ranks of countries that now have a dedicated Space Force. On 13 July, Defence Minister Annegret Kramp-Karrenbauer and the Inspector General of the Bundeswehr, General Eberhard Zorn, formally established the Bundeswehr Space Command located in Uedem on the Lower Rhine.

Kramp-Karrenbauer called the founding of the command a “military-historical step” in that its brief was to unity Germany’s strengths in air, space and cyber. Satellites would also come under the Bundeswehr’s space command although she stated that its operations would be ‘defensively oriented.’

The space command is the first ‘urgent structural measure’ and is viewed as a fundamental requirement of strengthening national security. “Our prosperity and our security depend to a large extent on space,” stated Kramp-Karrenbauer.

Some of the critical deliverables that space command will manage include ‘the assured availability of satellite communication, space-based reconnaissance, space-based gegraphic information and satellite navigation.’

Pilots with the Royal Air Forces’s aerobatic team, the Red Arrows, will now be able to use Jeppesen FliteDeck Pro and ForeFlight Military Flight Bag (MFB), two software applications from Boeing subsidiaries, to help them improve aspects of flight performance and management as they transfer between engagements during the show season.

FliteDeck Pro assists pilots through an en-route map display, while ForeFlight MFB provides flight planning, checklists and weather, and information on aircraft nearby. Focused on flight safety, the tools are designed to help to reduce distractions in the cockpit and provide critical information in an easy to use and intuitive digital display.

According to Boeing, using both packages together ‘will increase pilot’s situational awareness when arriving or taxiing at new or unfamiliar locations. The flight planning capability takes into consideration airspace and weather to provide efficient routing to reduce carbon emissions.’

16 July
US NAVY
(Highest award of the day). Raytheon Missiles & Defense was awarded a $67.7 million modification contract for AN/SPY-6(V) integration and production support efforts. This modification includes options which, if exercised, would bring the cumulative value of this modification to $781 million. The Naval Sea Systems Command is the contracting activity. (Awarded 13 July, 2021)

15 July
US NAVY
Aptim Federal Services; CDM, a Joint Venture; ECC Contingency Constructors; Gilbane Federal; Jacobs Project Management; and Perini Management Services, are awarded a combined maximum-value $5 billion multiple-award global contingency construction contract. These six contractors may compete for task orders under the terms and conditions of the awarded contract. The work to be performed provides for supervision, equipment, materials, labor, travel, and all means necessary to provide the Navy, the Department of Defense, or other federal agencies, when authorised, an immediate response for civilian construction contract capability. The contract will provide construction and related engineering services in response to natural disaster response, humanitarian efforts, conflict, emergent mission-critical requirements, or projects with similar characteristics. The work also includes the capability to set up and operate material liaison offices at deployed sites in support of naval construction force operations worldwide. Work may include occasional projects to ensure readiness to perform under emergency situations. The Naval Facilities Engineering Systems Command Atlantic is the contracting activity.

Lockheed Missile and Fire Control was awarded a $12.4 million modification contract for new equipment training and unique costs for the High Mobility Artillery Rocket System’s M142 launchers. Fiscal 2021 Foreign Military Sales (Taiwan) funds in the amount of $6 million were obligated at the time of the award. US Army Contracting Command is the contracting activity.

Raytheon/Lockheed Martin Javelin JV was awarded an $8.6 million modification contract to support Javelin engineering services. Fiscal 2021 procurement of ammunition, Army; and Foreign Military Sales (United Kingdom) funds in the amount of $8.6 million were obligated at the time of the award. US Army Contracting Command is the contracting activity.

14 July
US NAVY
The Navy is awarding 600 IDIQ multiple award contracts (MACs) to businesses in multiple locations across 29 of the 50 United States and the District of Columbia for future competition of support service requirements to be solicited by Department of the Navy activities under rolling admissions of the SeaPort Next Generation (SeaPort-NxG) multiple-award contract vehicle for engineering support services and program management support services in 23 functional areas. The government estimates approximately $5 billion in services will be procured per year via orders issued under the SeaPort-NxG multiple award contracts. The Naval Sea Systems Command is the contracting activity.

DynCorp International was awarded a $27.6 million modification contract for maintenance support services for the government of Saudi Arabia’s Royal Saudi Land Forces Aviation Command. Fiscal 2021 Foreign Military Sales (Saudi Arabia) funds in the amount of $27.6 million were obligated at the time of the award. US Army Contracting Command is the contracting activity.

US NAVY
Lockheed Martin Aeronautics is awarded a $23 million contract that provides for the integration of a Foreign Military Sales (FMS) country into the F-35 Joint Strike Fighter program and provides country-specific program support for F-35 aircraft production, modifications, logistics, and sustainment efforts. The Naval Air Systems Command is the contracting activity.

US ARMY
Raytheon was awarded a $320 million contract for Stinger missile production. US Army Contracting Command is the contracting activity. (Awarded 9 July, 2021).