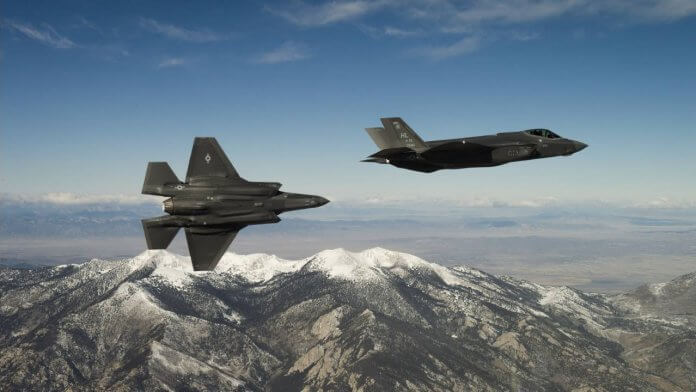 On 16 June US President Joe Biden had lobbied on behalf of American defence companies when meeting his Swiss counterpart while in Geneva for his summit with Russian President Vladimir Putin.

The Federal Council recommended that parliament buy 36 F-35A fighter aircraft from Lockheed Martin when bids were presented in February. That was reported to be “well under” a cap of $6.4 billion (six billion francs) approved by Swiss voters in a close referendum last autumn, a government statement said. It would cost over three times that amount to operate the F-35A aircraft over 30 years. The F-35A will replace Switzerland’s ageing fleet of 30 Boeing F/A-18 Hornets, which will go out of service in 2030. Delivery of the new Lightning IIs is planned to begin in 2025.

“In terms of effectiveness, the F-35A achieved the best result because it includes entirely new, extremely powerful and comprehensively networked systems for protecting and monitoring airspace,” the Federal Council stated. Another plus taken in consideration was the F-35A’s advanced flight simulator that would allow the F-35 to carry out significantly more virtual training missions than the competition.

The Swiss Parliament has now to approve the funding for the purchase, with the debate scheduled for early next year. Although it can debate costs and terms it will not be able to overturn the decision.

Even before the decision was announced several Swiss Cabinet members said they would prefer a European fighter aircraft and not rely on the United Staes for its air defence. While critics had promised to launch a referendum campaign under the Swiss system of direct democracy against any decision to buy a US fighter aircraft. This will now not happen.

Rosoboronexport to present its proposals on aviation and space at the...