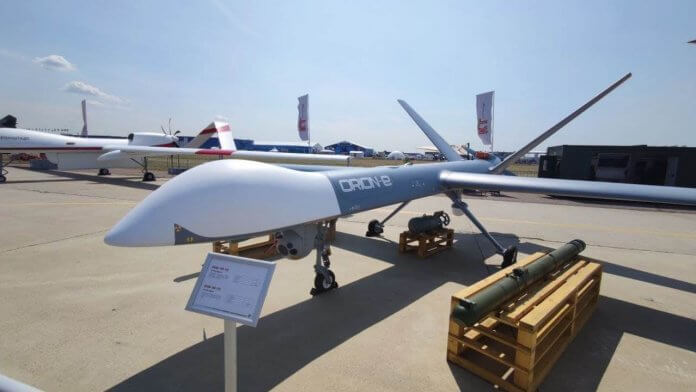 The Kronshtadt company, the major Russian developer and producer of military drones, has unveiled for the first time at the MAKS-2021 airshow the Orion-E medium-altitude long endurance (MALE) reconnaissance/strike unmanned aerial vehicle with satellite data link.

The drone has been showcased along with a number of aerial weapons, including – for the first time – the Kalashnikov-produced Vikhr guided missile with a range up to 10 km.

The Orion-E, the market promotion of which in the reconnaissance/strike configuration has been launched just recently, has the maximum take-off weight of 1> t, the maximum payload weight is 250 kg. The maximum endurance reaches 30 hours, the cruising speed is 200 km/h. The drone has the capability to conduct reconnaissance round-the-clock in optical, IR and radio bands.

According to the official presentation distributed at MAKS, Orion-E is equipped with replaceable payloads based on modular principle and has three hard points for aerial weapons.

As the Vikhr missile’s producer the Kalashnikov Group has reported during the MAKS airshow, it is continuing work on adapting the missiles for use on various platforms. 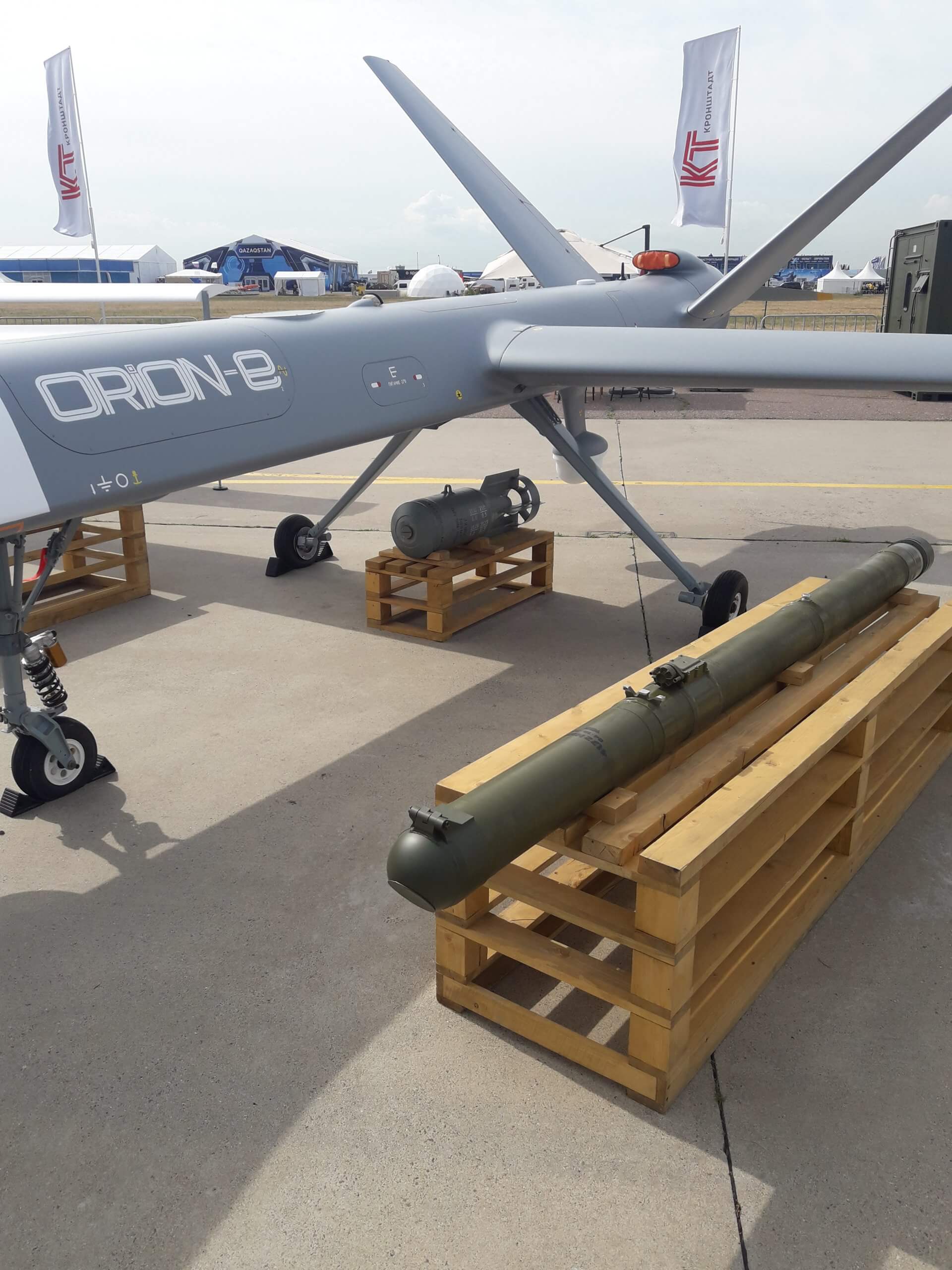 According to the Kalashnikov, the air-launched Vikhr is capable of hitting targets at a distance of up to 10 kilometers, its speed is more than 600 meters per second. Thickness of homogeneous armor behind dynamic protection penetrable by the tandem shaped charge warhead – 750 mm.

In May 2021, the Kalashnikov Group announced, that the successful trials of the Vikhr missiles had been conducted with a series of launches performed by a Ka-52 Alligator reconnaissance/attack helicopter.