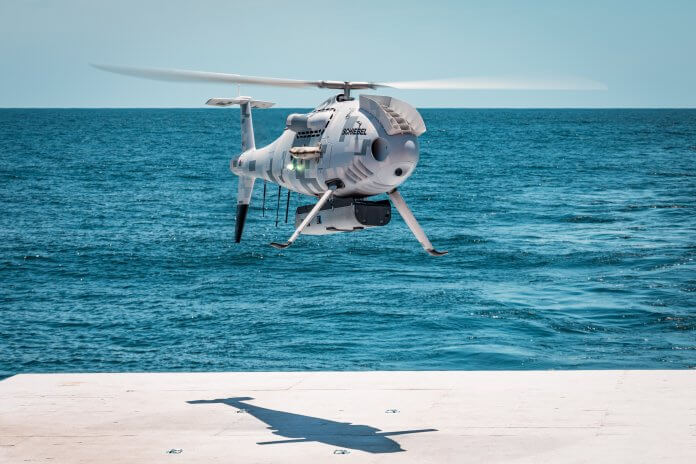 Schiebel has demonstrated its Camcopter S-100 unmanned air system (UAS) to the US Office of Naval Research (ONR) from a commercial ship off the coast of Pensacola, Florida.

The S-100 was fitted with Areté’s Pushbroom Imaging Lidar for Littoral Surveillance (PILLS) sensor. PILLS is a low size, weight, and power (SWaP) sensor that can carry out hydrographic mapping of ocean littoral spaces.

In early August, the Hellenic Navy was also provided with a week long demonstration of the S-100. Operating from the Elli-Class Frigate Aigaion (F-460) in the Mediterranean Sea west of Crete, the S-100 conducted maritime surveillance using a Trakka TC-300 EO/IR sensor and a Shine Micro Automatic Identification System (AIS) receiver.

Hans Georg Schiebel, chairman of the Schiebel Group, expressed his pride in being able to show the S-100 [operating with sensor packages] to both the US Navy and the Hellenic Navy. He added that 14 navies currently operate the Camcopter S-100.