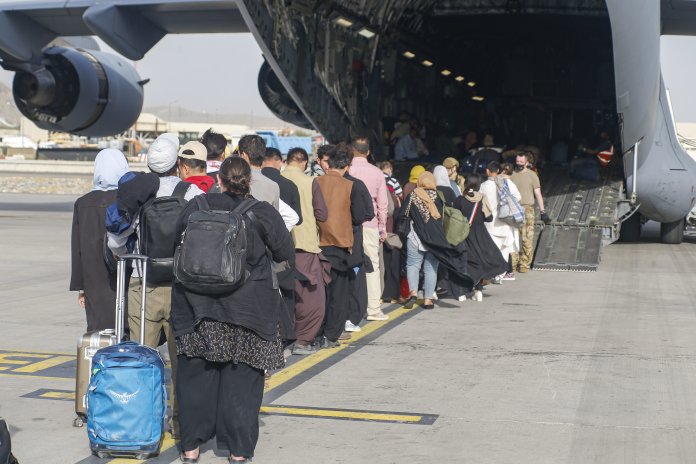 Restarting the Bunker Briefing on the eve of the DSEI 2021 expo, held at ExCel in London’s Docklands from 14-17 September, seems the appropriate time. Although this is not yet back to the full briefing, it will be next week.

It has been a pleasure to go to pre-DSEI press briefings hosted in London by Leonardo, Lockheed Martin and Airbus, as well as by the event organisers. There is some optimism that the event will bring a significant slice of the defence industry together with government and military representatives, both national and international (at least those who are allowed to travel in). It may not be as before COVID, but it is an important start.

But I also write this just after the anniversary of the 9/11 al Qaeda attacks on New York and Washington, the events that triggered the 20 year war in Afghanistan which has just ended so ingloriously.

To be caught so off-guard, so unaware about the capability of Taliban to conduct such a rapid take-over of the country, poses serious questions regarding the intelligence network that the West continues to claim is ‘second-to-none.’ And if the intelligence community did know that the Taliban were organised to such an extent that they could rapidly move against multiple cities in the country with strength and determination, why weren’t the preparations for the extraction of military and civilians coordinated over a sharper and more organiser timeline – and with more support to allow it to happen?

The resulting chaos handed the Taliban a propaganda victory beyond their dreams. The US and NATO are now viewed as military powers that allowed huge mission creep over 20 years, extending to nation building. It was often claimed that the Afghan military were being trained and supported, but they quickly dissolved away when national organisation broke down, allowing them to run out of ammunition, supplies, air support (a section of which fled along with President Ashraf Ghani to Tajikistan) and much more – and can you blame them. Many had fought, been wounded and died with little chance of being relieved.

The very outcome that so many fought to prevent is now reality. The Taliban are rulers by force – not be consent or by intellect. Those civilians – particularly women – who were allowed to bloom over the last 20 years are now in hiding. Protest is met by gun barrels. And the terrorist group Daesh–Khorasan (ISIS-K), responsible for the atrocity at the airport during the last days of the evacuation, are no doubt able to plan their next moves inside Afghanistan with the potential to grown and use the country as a base once again, for the Taliban will find rooting them out almost as difficult as the Western forces found trying to eliminate the Taliban.

3 August – Georgia – Javelin Missile.
The State Department has approved a possible Foreign Military Sale to the Government of Georgia of Javelin Missiles and related equipment for an estimated cost of $30 million.

10 September
US ARMY
Great Lakes Dredge & Dock was awarded a $138 million contract for dredging of the Corpus Christi Ship Channel. US Army Corps of Engineers is the contracting activity.

Lockheed Martin Missiles and Fire Control was awarded a $101 million modification contract for procurement of Hellfire missiles and containers. Fiscal 2019, 2020 and 2021 procurement, defense-wide funds; and 2010 Foreign Military Sales (Indonesia, Greece, United Arab Emirates and Kuwait) funds in the amount of $101 million were obligated at the time of the award. US Army Contracting Command is the contracting activity.

8 September
MISSILE DEFENSE AGENCY
L-3 Communications Integrated Systems, doing business as L3 Aeromet, is being awarded an IDIQ contract with a maximum amount of $172 million. A single initial task order in the amount of $22.8 million is being issued. Under this contract, the contractor will provide support for the Airborne Sensors (ABS) program. These efforts will continue operations and sustainment of the High Altitude Observatory (HALO) aircraft and sensor equipment, mission planning and flight test execution, and improvement and modernisation efforts. The Missile Defense Agency is the contracting activity.