Home Features From our Correspondents Smoke Screens You Can See Through 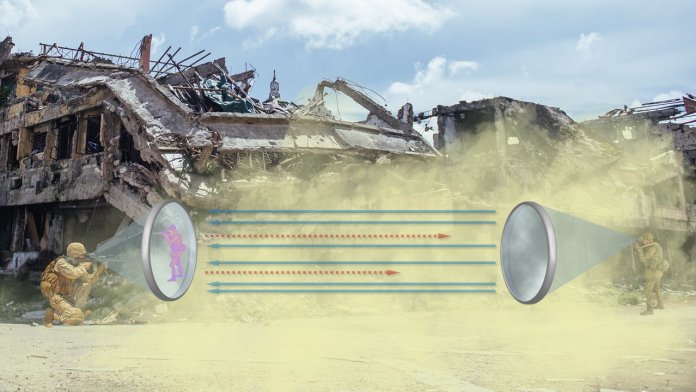 The US Defense Advanced Research Projects Agency (DARPA) has revealed its Coded Visibility programme, which is set to provide warfighters with tailorable, tuneable, safe obscurants to increase their visibility while suppressing adversary vision and detection systems. A proposers day webinar to provide details on the programme is scheduled for Friday 22 October, 2021.

Military obscurants, often better known as smoke screens or similar, has been frequently used on the battlefield to find forces and movement from the enemy, yet its deployment also has the same effect on friendly troops. Additionally, obscurants designed to counter infrared systems are made of metallic flakes that are dangerous to breathe, requiring troops to wear respirators in combat.

“We call this passive asymmetry, somewhat like the concept of privacy-window film that allows vision through glass in one direction and not the other. We’ll also explore active asymmetry using novel materials that can be tuned in real time to potentially enable dynamic adaptation of the obscurant’s properties during a mission.”