The ceremony marked the beginning of the assembly of the ship in the construction hall. “These multi-role, natively cyber-secured and scalable ships will ensure information and engagement superiority, as well as endurance at sea, for the naval forces operating them,” Pierre Eric Pommellet, CEO of Naval Group, told the audience. “This first FDI is also the 120th ship to have her keel laid in this shipyard,” he added.

One of the highlights of the ceremony was the presence of a number of Greek navy officials and journalists. Indeed, the FDI, known as Belharra in its export version, has also been chosen by the Hellenic Navy for its Hellenic Future Frigates (HF2) programme. The Memorandum of Understanding (MOU) for three frigates, with an option for a fourth one, was signed on 28 September 2021. According to industry sources, the contract has been initialled and now has to be formally approved by the Greek parliament to get the final signature. “We expect the contract to be signed in the next few weeks,” Pommellet commented during the press conference that followed the ceremony. 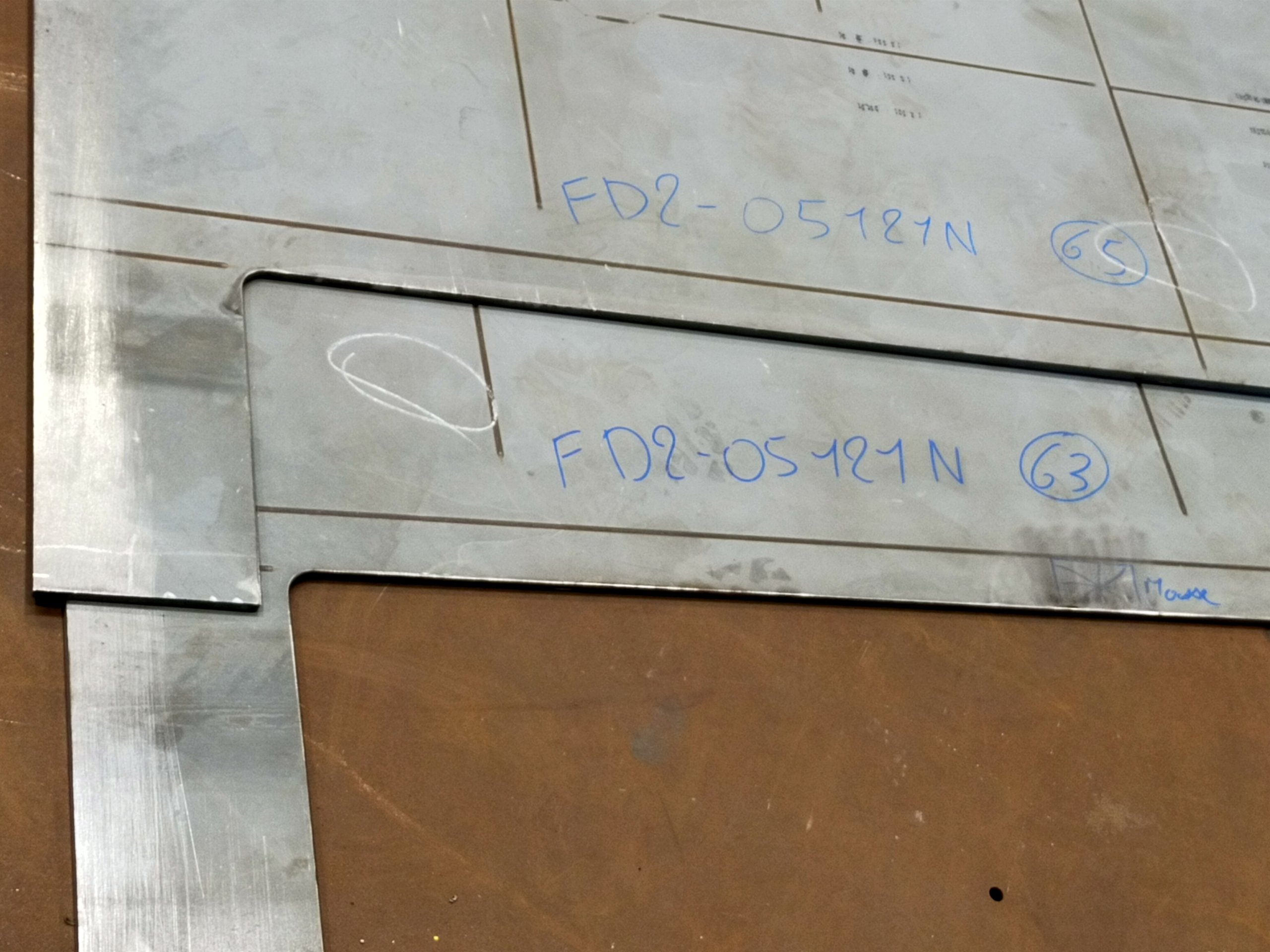 The Hellenic Navy frigates will be fitted with 32 Aster 30 B1 surface to air missiles, eight Exocet anti-ship missile MM40 B3c, MU90 torpedoes and CANTO anti-torpedo decoys. During the press trip, it was also revealed that, in contrast with the French version, the Hellenic frigates will be fitted with a Rolling Airframe Missile (RAM). Finally, “because the Hellenic Navy has already chosen the Schiebel S-100 as the future UAV [Unmanned Aerial Vehicle] system to be embarked on its frigates, we can already start its integration into the frigate’s systems,” Hervé Boy, Senior Manager Business Developer at Naval Group told the press.

The Hellenic Navy will benefit from the decision announced by French Army Minister Florence Parly earlier this year to bring forward the French FDI programme. Because two FDIs at a time will be built and assembled in Lorient, the first FDI will be delivered to the French Navy in 2024 and the second one, which is just beginning construction in Lorient, will be delivered to the Hellenic Navy – with a delivery expected in 2025.