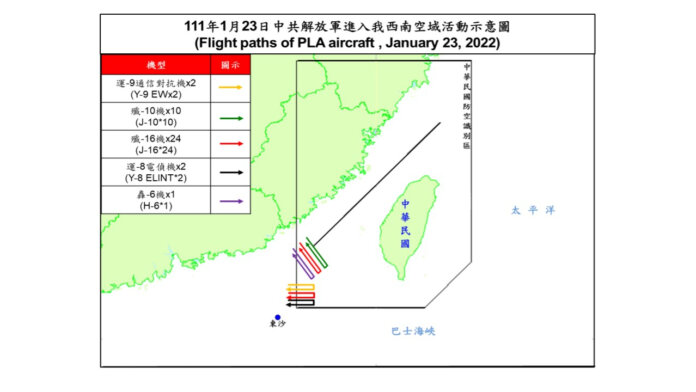 Taiwan’s typical response to this is for the Republic of China Air Force (ROCAF) to launch a combat air patrol (CAP), issue radio warnings to the PLAAF formations breaking the boundaries of the ADIZ and deploying or making ready air defence missile systems.

Whether these air incursions are purely designed to intimidate the Taiwanese government, or whether there is a darker alternative motive behind them is open to debate. What is certain is that the PLAAF is gathering a clear picture of Taiwan’s detection capabilities and response times, as well as patterns in tactics, techniques and procedures (TTPs) used by ROCAF.