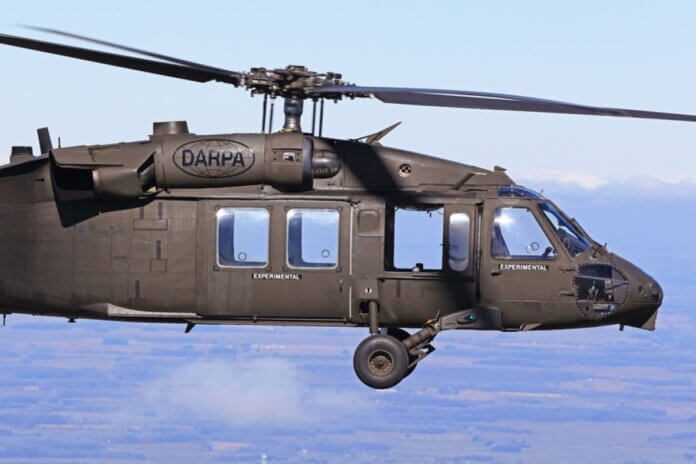 Two test flights were completed on different days, 5th and 7th February, at the US Army’s Fort Campbell, Kentucky base. were conducted. During the first test the Black Hawk conducted 30 minutes of flight as an optionally piloted vehicle (OPV).

The helicopter was using Sikorsky’s Matrix automated technologies which form a basis for the ALIAS to work. Based on automation architecture, the objective of the programme is to provide the US Army with the ability to flex the autonomy levels of its rotorcraft, from manned, through reduced workload in the cockpit to fully unmanned.

“With reduced workloads pilots can focus on mission management instead of the mechanics,” said Stuart Young, programme manager in DARPA’s Tactical Technology Office.

“With ALIAS, the Army will have much more operational flexibility,” continued Young. “This includes the ability to operate aircraft at all times of the day or night, with and without pilots, and in a variety of difficult conditions, such as contested, congested, and degraded visual environments.”

The next stage in the programme will be to conduct similar test flights in the Army’s fly-by-wire UH-60M Black Hawk.