On Wednesday 23 March, Hanwha Defense hosted a parliamentary reception in the United Kingdom to lobby for its Self-Propelled K9 Thunder howitzer to be selected for the British Army’s Mobile Fires Platform (MFP) programme, originally conceived in January 2020. A Request for Proposal (RfP) is expected later this year with a decision on up to 116 new 155mm howitzers expected by 2025 at the latest.

The British Army currently operates the AS90 155mm 39 calibre self-propelled gun in three field regiments of the Royal Horse Artillery and Royal Artillery. It’s out of service date has been stated as 2030 although with a replacement competition still to be formally launched, this date could be extended.

The first Hanwha K9 artillery system entered service with the Republic of Korea Marine Corps in December 1999 and is currently in service with Poland, Norway and Estonia with new customers including Australia and Egypt. The latest version is the K9A2 Block-I upgrade.

Hanwha is at the centre of Team Thunder, with industry partners comprising Lockheed Martin UK, Leonardo, Pearson Engineering, Horstman Defence Systems, and Soucy Defense. Their proposal is for a local variant of the K9 to be offered for the British Army.

According to Hanwha Defense, it would be the prime contractor while Lockheed Martin UK would be responsible for platform and systems integration, as well as turret production. Leonardo would deliver the on-board navigation and pointing systems, while Pearson Engineering will manufacturing the vehicle. Horstman Defence Systems would provide suspension and other running gear components, and Soucy Defence would deliver the Composite Rubber Track Kit that includes associated casted wheel assemblies. 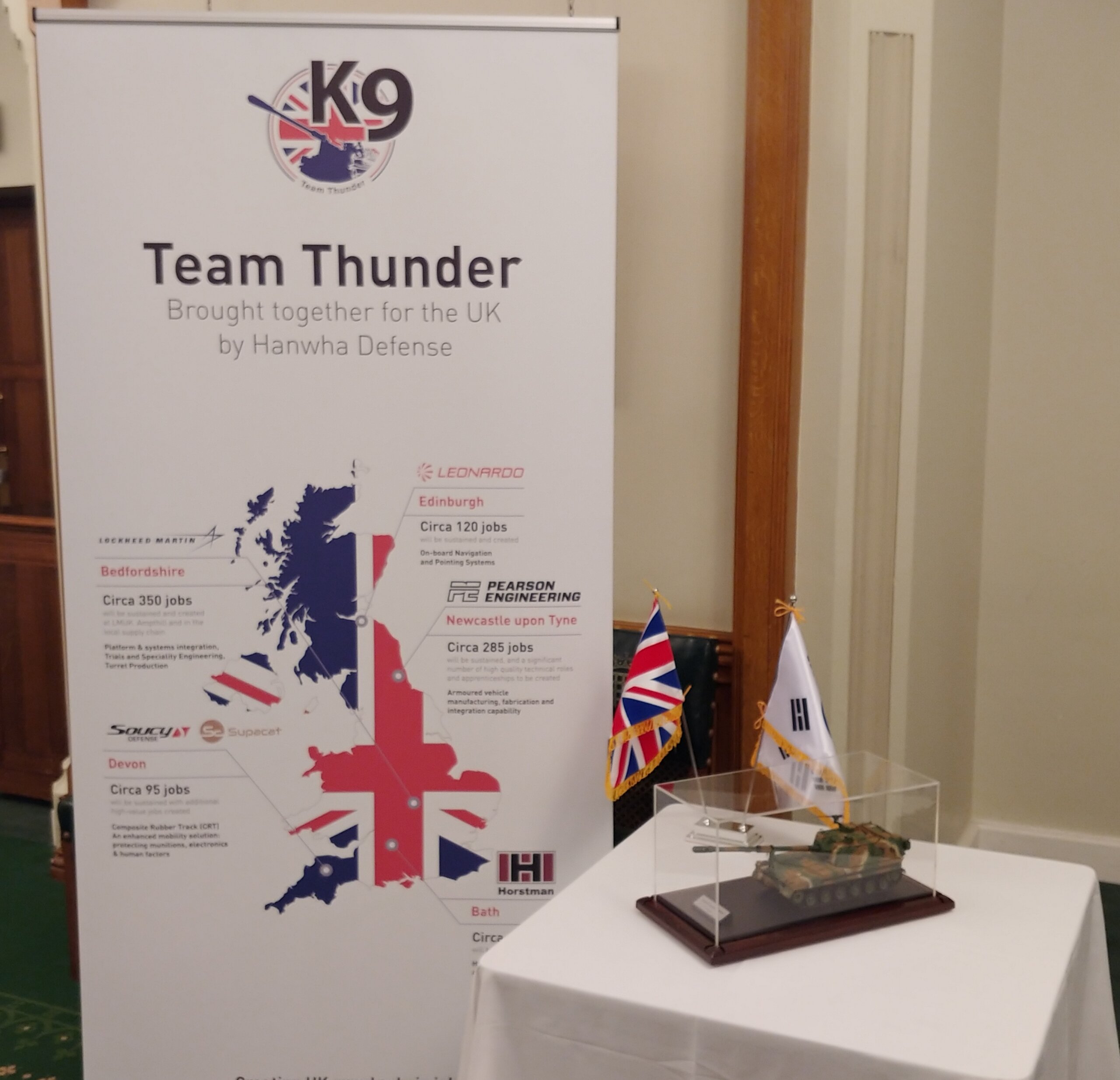 According to Kim Dae-young, executive vice president of Hanwha Defense’s Overseas Business Centre, the event represented the official launch of Team Thunder in the UK. He also suggested that the UK “could become a regional hub to the global supply chain the 2,400 K9 family vehicles.”