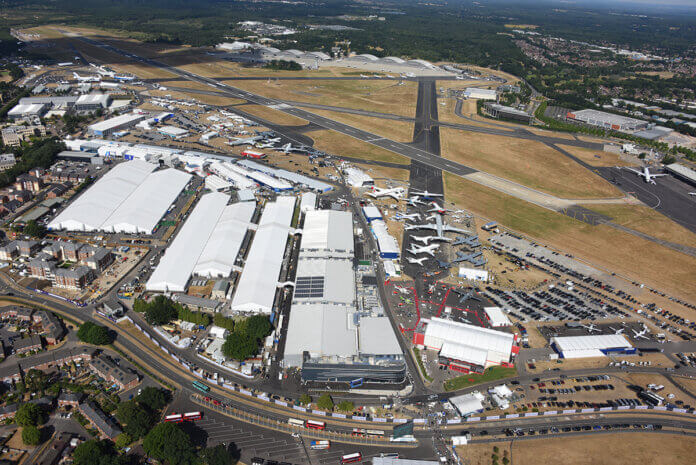 Farnborough Airshow (18-22 July) 2022 returns to in-person visitors this summer after a gap of four years, and much has changed in that time.

Joe Muir, commercial director at Farnborough International, the show’s organiser, speaking exclusively to Armada International said that there one of the key components is the drive to bring together international government groups including military leaders with the international aerospace industry through the Delegations Programme.

“The civil and defence aerospace industry is also being challenged to look at Farnborough as part of a wider context of business development, than just during the days of the airshow,” said Muir. Farnborough’s strength, says Muir, is positioned is an event where the smallest part manufacturers can meet with the largest international OEMs.

Coming back stronger after the two plus years of COVID is something that the civil aerospace business is looking to achieve. Defence procurement is also back on the agenda for many governments with rising defence budgets promised in Europe and further afield, due to the vulnerabilities being highlighted in the ongoing war in the Ukraine.

Muir explained that the Farnborough International Airshow 2022 will have four central themes: sustainability, space, future flight and future workforce. These themes and more are promised to run throughout the week, not least in the inaugural Aerospace Global Forum which will run during all five days and promises “an immersive experience” to those who attend.

Farnborough Airshow’s live TV, FINN Live, will also be running during the show to provide immediate connectivity with coverage of news and events as they happen to those who cannot attend in person.

Muir also underlined the return of the Bahrain International Airshow (9-11 November), established over 10 years ago, and organised through the Bahrain Ministry of Transport and Communication alongside the Royal Bahraini Air Force. Two of the topics in this year’s show will be the future of airports and airlines (a critical subject to many of the region’s civil airlines), and women in aviation.