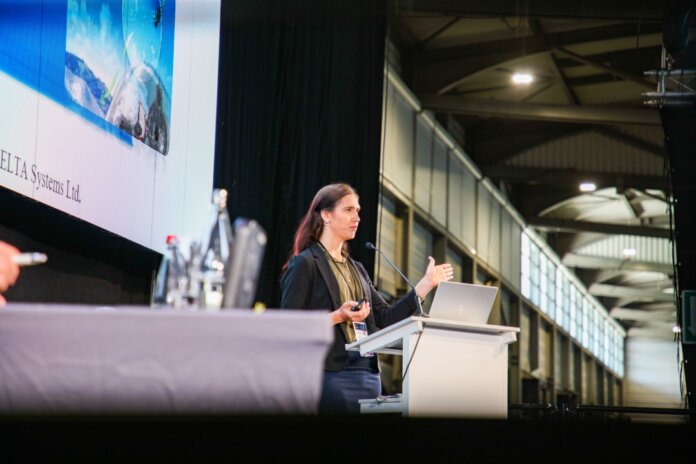 In May, the European Electro Magnetic Warfare (EW) community reunited at Parc des Expositions, France, to discuss the emerging threat environment and latest technology developments in the EW domain. This gathering coincided with the AOC’s French Chapter’s 25th Anniversary.

Attendees saw lively discussion at the event conference, which began with the PLATH Intelligence Workshop and ran into 2 days of AOC content. This year’s workshop discussions were based around the electronic intelligence (ELINT) revival, communications intelligence (COMINT) and the evolution of the intelligence domain. Looking at how these issues are engendering a fundamental shift in warfare tactics in the modern battlespace.

Day two of the conference, which was the first day of AOC’s agenda, began with a keynote address from Air Commodore Hugh Smith, Deputy Director of European Air Group, before delving into subjects including ‘Russian EW Meets Reality: Electronic Warfare Successes and Failures During Russia’s Invasion of Ukraine’, ‘US DoD EMS Superiority Strategy and Its Implementation’, and ‘Improving International Cooperation in the EMS’.

The third and final day took a look at Next Generation Air Survivability in the morning’s special panel session, before experts tackled topics including threat training against radar using EW AESA and future trends for multi-domain EW.

On the show floor, exhibitors lined up to show their newest technology innovations, all designed to enable operational success in the modern EW battlefield.

EW simulation capabilities were the focus on the Textron Systems stand, which was showing its Advanced Architecture Desktop Signal Generator alongside the Ground Threat Emitter Sensor System (GTESS) and Integrated Tester for Aircraft Survivability Systems (ITASS). EW training tools and services were also being shown by MASS, including its Networked Electronic Warfare Training Simulator, NEWTS IQ.

To register your interest for AOC Europe 2023 set to take place on 16-18 May in Bonn, Germany please visit the event website: https://www.aoceurope.org/armada-2023-reg-interest