During the Eurosatory Expo in Paris (13-17 June), a series of open air demonstrations were scheduled throughout the week including a number from the Police, Gendarmerie and Paris firefighters.

One dedicated demonstration for industry saw a number of vehicles being tested in the demonstration area which included steep inclines, rocky slopes and simulated terrains and enough space for the vehicles to show a quick turn of speed. Here is a selection:

The Sherpa Light ambulance demonstration (lead picture) was based on one option within the Aqruus range of light tactical vehicles. It is based on a 4×4 chassis. Other versions include a scout, station wagon, weapon systems carrier, a CBRN (Chemical, Biological, Radiological and Nuclear) version incorporating Saab’s CBRN Reconnaissance Vehicle Kit (CRVK), and an A2M integrated mortar version through NTGS and Thales. 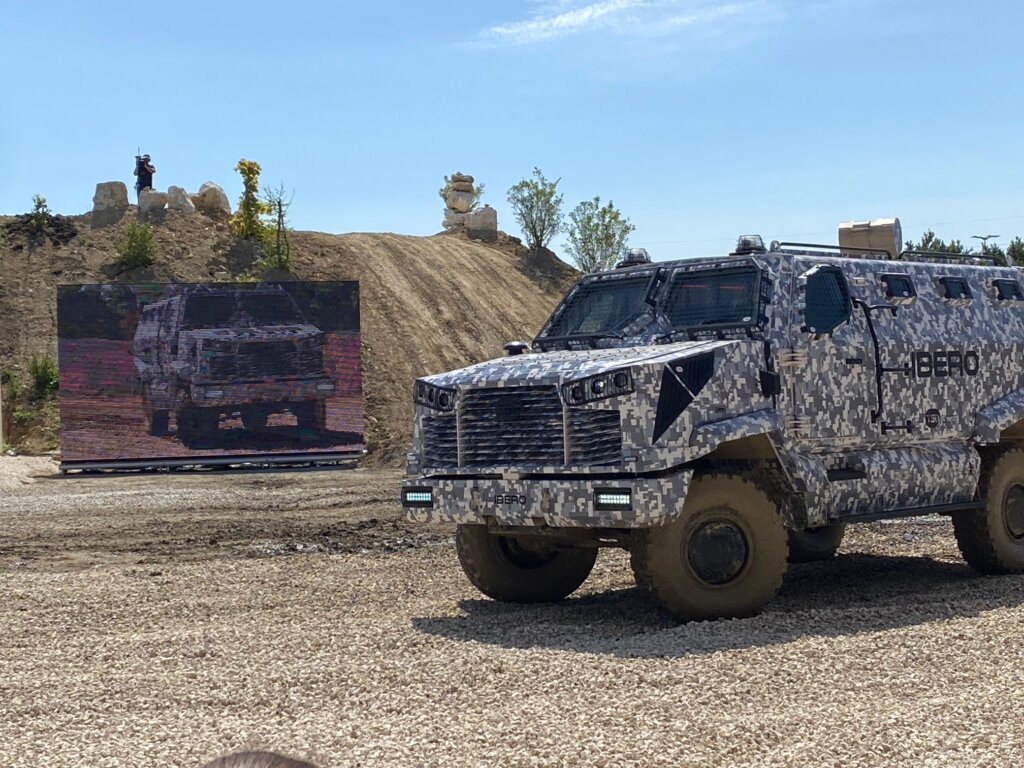 The Ibero line from TSD International (above) is an armoured personnel carrier (APC) that will protect crew from bullet and blast attacks. The manufacturer states it can be adapted for many types of terrain and can be customised. 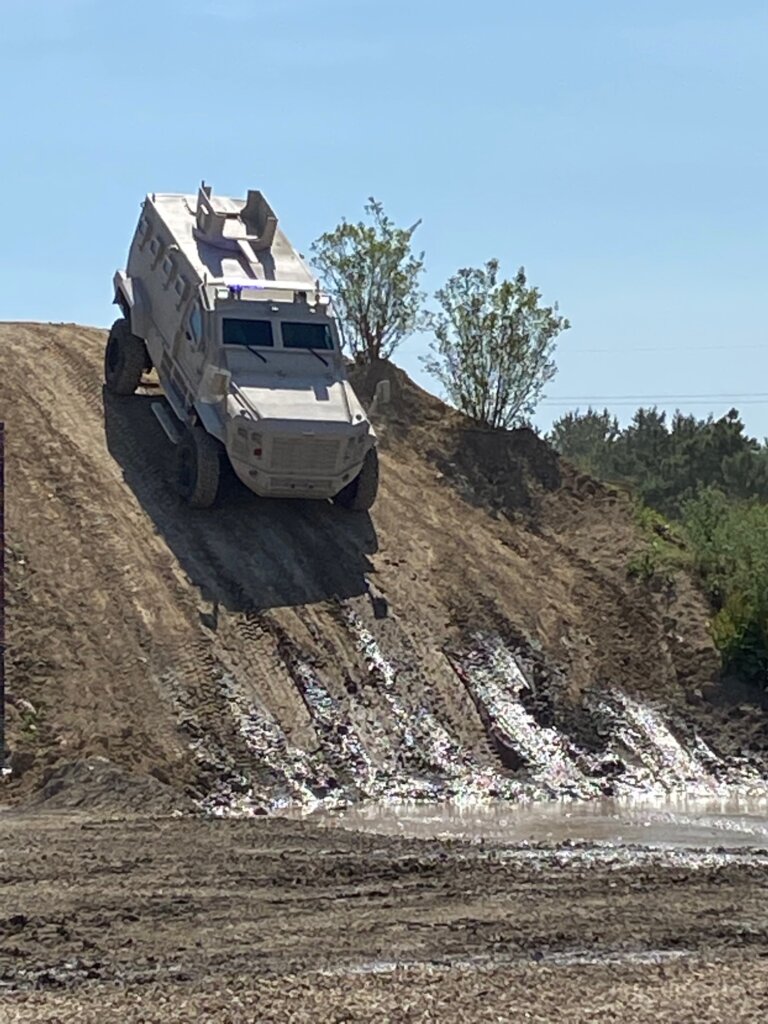 The Guardian Xtreme MRAP is available in 4×4 (seen here) and 6×6 versions from International Armoured Group (IAG). It has a 10 speed automatic gear box with four engine sizes available and can carry up to 10 personnel. It is certified to STANAG 4569 Level II. It can be fitted with a rotating roof system on the escape roof hatch. 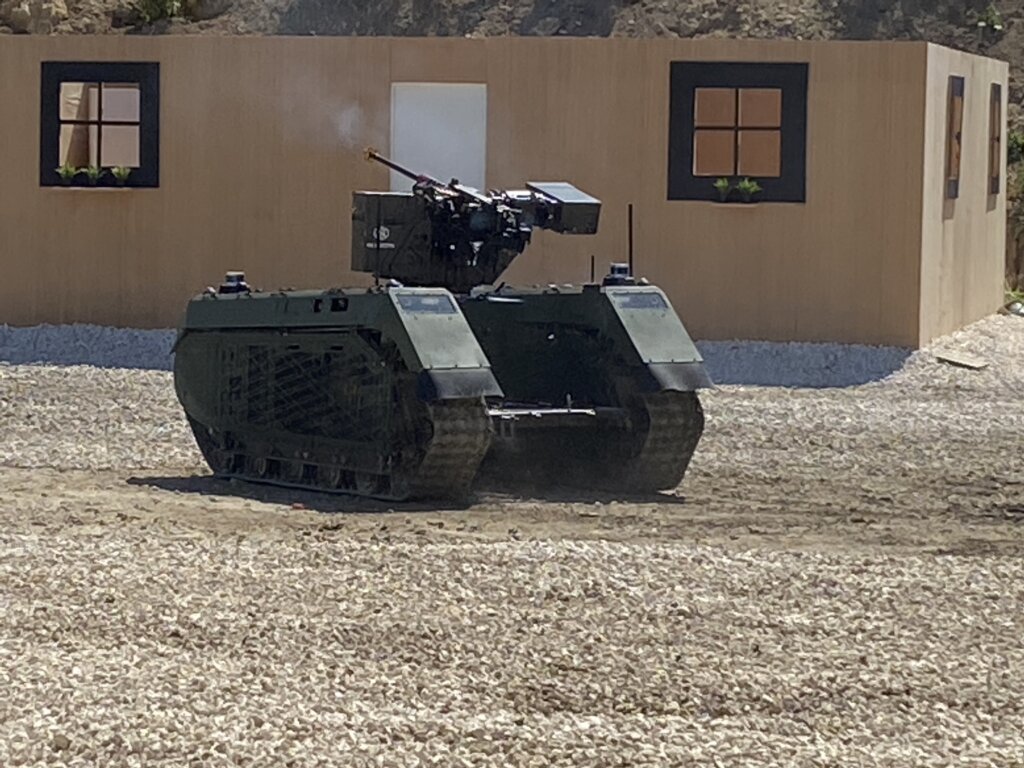 Milrem’s THeMIS Unmanned Ground Vehicle (UGV) has been used by French forces during Operation Barkhane in Mali. In can be configured and transformed from a transportation asset with a payload up to 1,650 pounds (750kg) to an armed direct fire support vehicle mounting light or heavy machine guns, 40mm grenade launchers, 30mm autocannons or even anti-tank missiles.