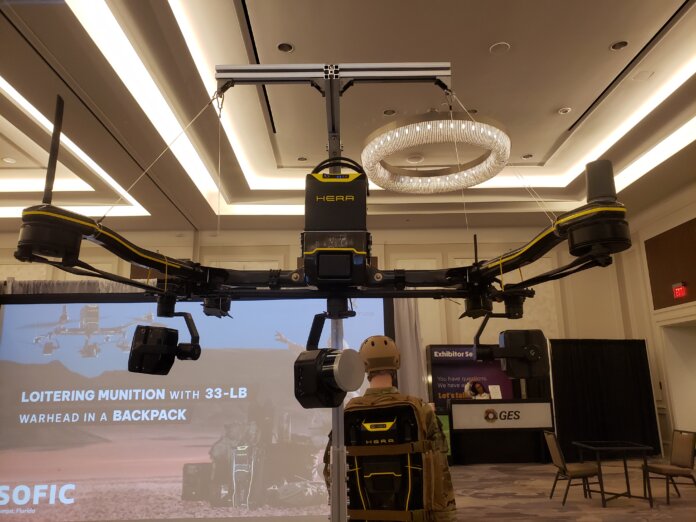 The RTRobotics HERA debuted in a satellite hall of the NDIA 2022 Special Operations Forces Industry Conference.

Designed in the United States but manufactured in the Republic of Vietnam, HERA’s innovative configuration uses “T-Form” struts that fold out from its central main body. In its compact backpack mode it is an easily carried100cmX110cmX56cm and 15kg. Extending for flight operation is accomplished without tools by simply unfolding the struts, a process that takes only one minute. Four stabilized sensor stations are located at the drone center and at two outboard positions.

HERA can simultaneously carry, two EO-IR (thermal and visual cameras) plus LIDAR and a Corona camera within it 15 kg (33 lb) total payload. The battery powered rotor motors allow the drone forty-six minutes flight time with a 2.3 kg EO package controlled out to 11 km. With inherent obstacle avoidance it can effectively operate in all visibility and weather conditions and winds of 31 mph (14 m/s). HERA is a multi-mission system capable of undertaking ISR, terrain mapping, spotting/targeting, Search and Rescue, or loitering munition roles. 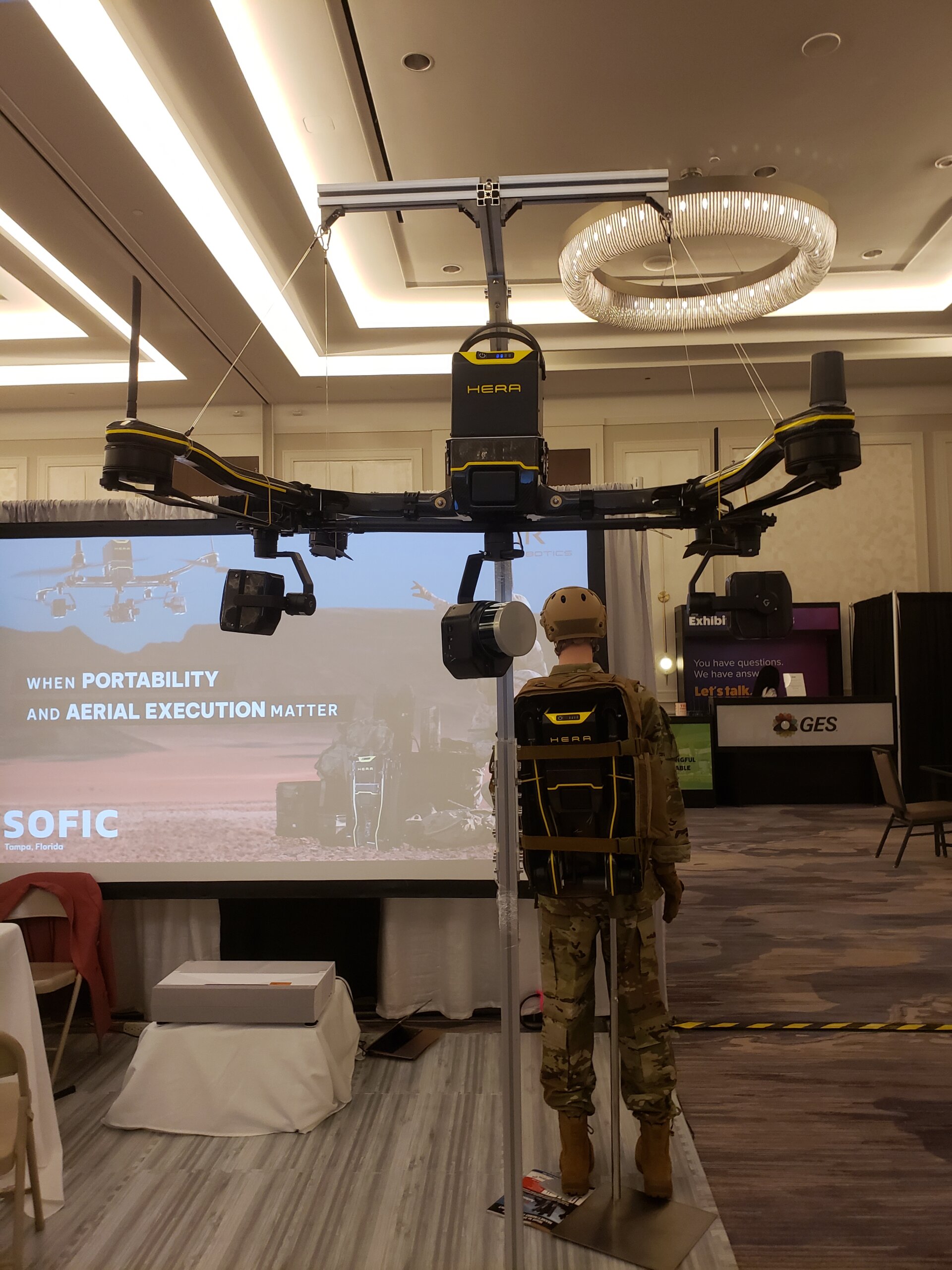 It’s vertical take-off and landing capability combined with its easy manpack carry make it ideally suited for employment by dismounted teams including forward combat units and special operations forces. In addition, the high system payload, 360-degree field-of-view of every sensor, and versatility in sensor selection offer a new level of adaptability. The design appears to address the realities of combat conditions appearing to be rugged yet straight forward and simple to operate.

Dave Ryan, Vice President Sales suggested HERA is in the initial stages of being made available to the end-user community following extensive trials.