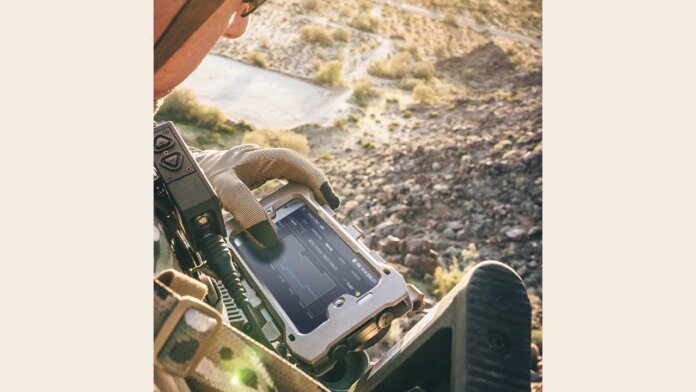 Soldiers now rely on a variety of power hungry devices, such as personal radios, night vision equipment, smart phones and satellite links, ruggedised laptops, unmanned aerial systems and other types of surveillance equipment. When laden with a variety of these, soldiers all undoubtably challenged to monitor their various power levels effectively during operational conditions, especially when danger levels increase.

According to Bob Snee, international business manager, Active Systems, the data provided by the Nerv Centr application is not only helpful to soldiers while missions are in progress, but will also provide a variety of ways in which the power consumption data through Power Modelling can be analysed that will be important for the planning of future missions.

The data is provided to the soldier in a simple format that can include information such as estimated run time of a particular device, low power warnings, and voltmeter to enable optimal solar blanket positioning.

Battery levels can be significantly affected by the temperature of the operating environment, such as very cold and very hot environments where battery performance can be reduced. Having a library of data collated over time is especially useful when planning missions in more extreme environments.

The company has several products in the power management field, including its Mission Adaptive Charging Station (MAX-8), which automatically identifies any power sources connected to it and adjusts the charge rate to maximise power and while providing a minimised charge time.