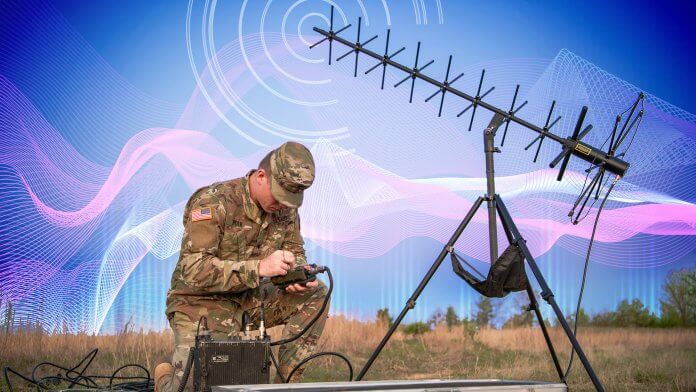 Northrop Grumman and Airbus will collaborate on satellites supporting the US Department of Defence’s National Defence Space Architecture (NDSA), Janes reported on 7th July. The collaboration between the two companies could see the development of 42 communications satellites to support the NDSA. Airbus will build the spacecraft based on the company’s Arrow Low Earth Orbit (LEO) satellites. LEO satellites orbit at below 1,079 nautical miles/nm (2,000 kilometres/km) above Earth. In February, Lockheed Martin, Northrop Grumman and York Space Systems was awarded several contracts relating to the NDSA programme. The National Defence Space Architecture is discussed in more detail in our Space for Growth article.

Staying in the Satellite Communications (SATCOM) domain in early July The Tribune reported that the Indian government has ordered the development of indigenous SATCOM terminals for Indian Navy vessels. The Indian Navy is looking for C-band (3.7GHz to 6.425GHz) and Ku-band (10.9GHz to 14GHz) terminals. These will carry traffic across India’s GSAT-7 military communications satellite. This provides coverage over the Indian Ocean.

Looking toward the UK, Airbus has completed its critical design review of the Ministry of Defence’s (MOD) future Skynet-6A military communications satellite. The news follows the company’s completion of the preliminary design review in January 2021. The solitary Skynet-6A will join the UK’s fleet of four Skynet-5 spacecraft. Airbus operates the Skynet-5 constellation on the MOD’s behalf. Skynet-5 provides X-band (7.9-8.4GHz uplink/7.25-7.75GHz downlink) satellite communications. This is alongside Ka-band (26.5-40GHz uplink/18-20GHz downlink) and Ultra High Frequency (240MHz to 270MHz) links. Skynet-6A is planned for launch in 2025.

Inmarsat has won a contract worth $578.4 million from the US Defence Information Systems Agency to provide commercial SATCOM services to ships in the US Navy’s Military Sealift Command. Reports say the provision will run from this July for ten years, provided all options are exercised. In total, the options cover seven years of service provision beyond the initial three-year base period. Inmarsat operates commercial services using L-band (1.3GHz to 1.7GHz), S-band (2.2GHz to 2.4GHz) and Ka-band links.

Kratos has been awarded a contract by the US Army’s Combat Capabilities Development Command to build a virtual SATCOM ground system, according to army-technology.com. The initiative will use the company’s OpenSpace platform. The platform takes elements of a SATCOM ground station and turns them into software. The company’s official literature says “almost every piece of the ground station can now be turned from hardware to software”. Kratos states the platform can be used to manage SATCOM networks, allocate data and network resources and integrate new applications. The OpenSpace platform should help configure future army SATCOM networks and infrastructure, the report continued. Specifically, it should help rapidly scale these capabilities to the tasks they need to support.

The US Army has identified problems associated with its General Dynamics M-1133 Stryker armoured fighting vehicles during exercises in Germany. The news was reported by c4isrnet.com in early July. The army’s forthcoming Capability Set-23 (CS-23) was being evaluated during the exercise. The US Army is rolling out modernisations to its communications and networking across the manoeuvre force through a series of capability sets. These are implemented every two years. CS-21 is currently being rolled out. Challenges observed during the exercise included the power levels the Strykers could provide during so-called ‘silent watch’. This is when the vehicle’s batteries are used to power systems rather than its engines. Investigations are now ongoing whether these problems were caused by the power demands of the CS-23 systems, the Strykers or both. Lessons learned from the tests in Germany will help inform CS-23 deployment decisions expected in early 2023.

Elsewhere in the US Army, the force has concluded its Network Modernisation Experiment (NETMODX) which was held recently at Joint Base McGuire-Dix-Lakehurst, New Jersey and involved several participants. According to a report by breakingdefense.com, the experiment helped evaluate protected communications for electromagnetically contested environments. Specifically, technologies relevant to the US Army’s Future Vertical Lift programme were examined. Other technologies included non-line-of-sight communications for uninhabited aerial vehicles. These communications architectures maybe relatively easy to scale up to inhabited platforms, the report added. Innovations evaluated during NETMOD could find their way into future US Army capability sets (see above).