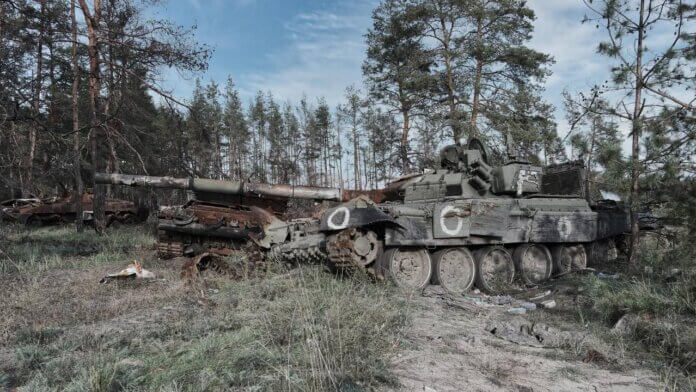 UKRAINE FIGHTS BACK, WHILE THE WALLS CLOSE IN ON PUTIN

Since my last Bunker Briefing, the tide of war has turned in favour of Ukraine on the battlefield. It has received huge support in the form of modern weaponry, with at least 28 nations having supplied arms, of which 25 are NATO members: Australia, Belgium, Canada, Croatia, Czech Republic, Denmark, Estonia, Finland, France, Germany, Greece, Italy, Latvia, Lithuania, Luxembourg, Netherlands, North Macedonia, Norway, Poland, Portugal, Romania, Slovakia, Slovenia, Spain, Sweden, Turkey, the United Kingdom and the United States.

Those that have been most valuable include the US supplied Lockheed Martin M142 High Mobility Artillery Rocket System (HIMARS), although it is believe that the munitions supplied have been limited in terms of range to 50 miles (80 kilometres) with the caveat that they should not be used to hit Russian territory (although it is certain that this will not be applied to Russian’s recently illegally annexed territories), and UK supplied M270B1 Multiple Launch Rocket System (MLRS).

Stopping Russia’s armour has been particularly important, especially so in the early days of the invasion, and a flow of Raytheon Javelins, Saab Bofors Dynamics NLAWs and other anti-tank launchers helped to halt the armour in its tracks outside of Kyiv and elsewhere. Other items of high value include mobile counter-artillery/mortar radars such as the Northrop Grumman/Thales/Raytheon/ AN/TPQ-36 and air surveillance radars such as the AN/MPQ-64 Sentinel.

it is important not to lose sight of the materiel of war, particularly ammunition, that has a never ending demand. Before any great quantity of NATO weapons arrived, Ukraine needed urgent supplies of non-NATO standard ammunition (for ex-Soviet/Russian weapons). Around two months after the invasion, on 25 April, the US Defence Security Cooperation Agency (DSCA) approved the Ukraine government’s request for such stocks which included: 152mm rounds for the 2A36 Giatsint; 152mm rounds for D-20 cannons; VOG-17 for the automatic grenade launcher AGS-17; 120mm mortar rounds (non-NATO); 122mm rounds for 2Sl Gvozdika; BM-21 GRAD Rockets; 300mm rounds/rockets for MLRS “Smerch”, and so on. The order was valued at around $165 million.

While Russia’s demonstrated lack of joint operational coordination appears still to be unresolved – with the wholesale abandonment of tanks and other vehicles and weapons to the Ukrainian army in the face of its counteroffensive in Kharkiv an obvious example – throwing the invaders out of all of the territory they have stolen is another matter.

President Putin’s increasing desperation, witnessed military failures and setbacks, and by the hundreds of thousands of eligible men trying to escape his ill advised partial mobilisation, tied to his unilaterally declared annexation of four of Ukraine’s region’s through scam referenda, has resulted in him increasingly ‘doubling down’ on a losing hand. Are there any sensible leaders left in Russia who Putin has not had killed, jailed or ‘retired’ who can persuade him by ‘reason or revolution’ to reverse this catastrophic invasion, or will Putin be allowed to use ’all’ the forces at his disposal (meaning nuclear)?

THOUGHT FOR THE WEEK

“Battles are won by slaughter and manoeuvre. The greater the general, the more he contributes in manoeuvre, the less he demands in slaughter.” 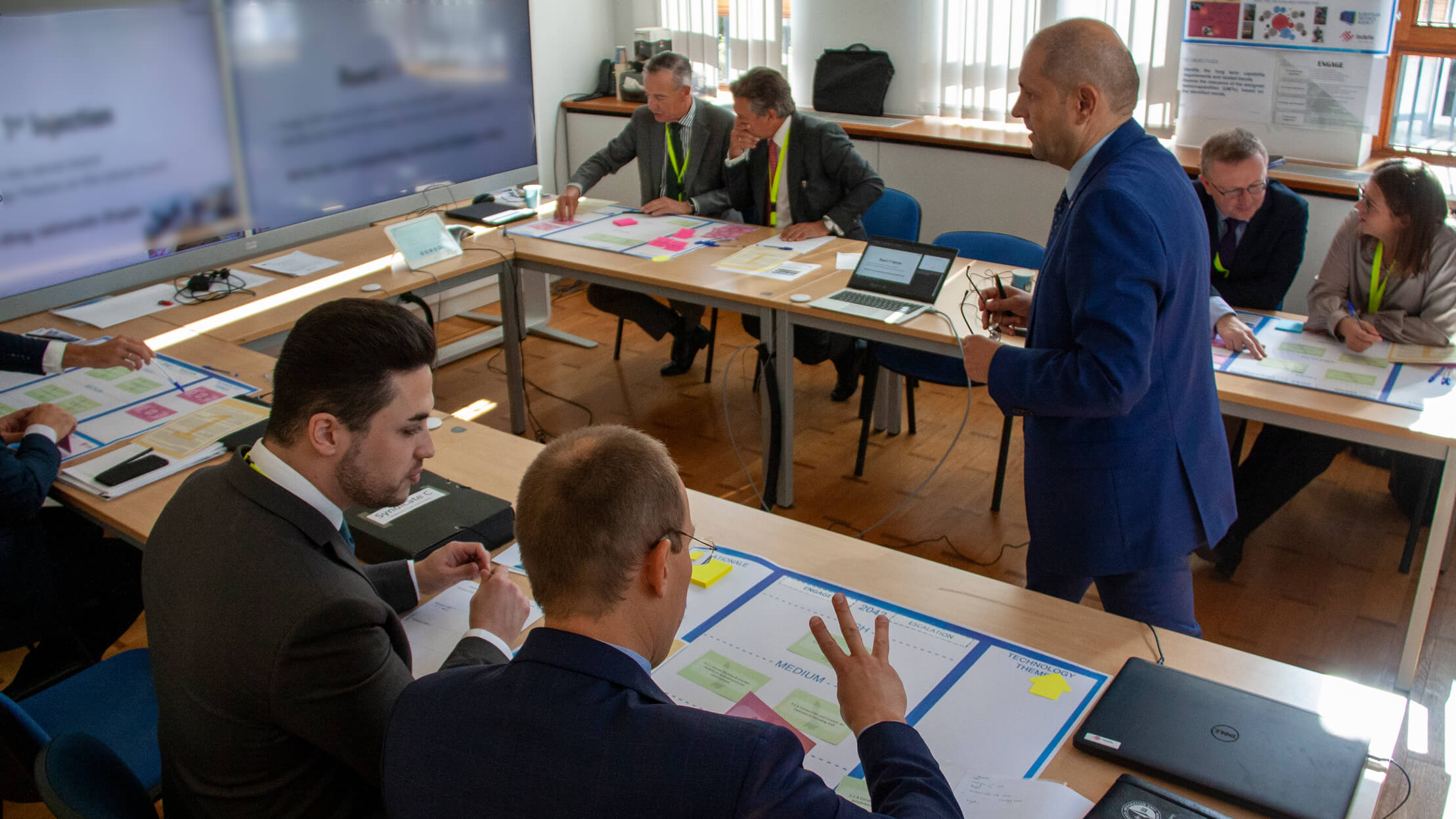 The European Defence Agency (EDA) brought in defence planners, technology and innovation experts and foresight analysts from member states to study how the European Union (EU) could respond to possible conflict scenarios in 2040 and beyond. Two tabletop exercises were held, one in June in Helsinki, Finland, and the most recent one over 21-22 September in Brussels, Belgium.

The Helsinki simulation examined the response to an EU country being attacked, while the Brussels tabletop exercise (TTX) “looked beyond to a geopolitical flashpoint scenario in which the country in question is plunged into full-scale armed conflict and becomes a failed state.”

One of the challenges was to project advances in digital technology, artificial intelligence and computer networks forward to try and understand the impact that these would have on the two scenarios. The exercises incorporated all geographical domains together with cyber, as well as incorporating kinetic and non-kinetic confrontation.

The results of both exercises were fed into the process of developing a longer range perspective of the EU’s Capability Development Plan (CDP), Strand B. The EU’s CDP priorities and defined in four strands:

According to the EDA: “The aim of Strand B is not to predict the future, but to anticipate defence capability needs, and related development, resulting from an assessment of various possible factors, including best use of technological progress, when it will be available. Subsequently, the CDP Strand B informs R&T work and long-term capability activities in the EDA framework and facilitates the linkage of the R&T activities to capability development.”

7 September, 2022 – Pakistan. F-16 CASE FOR SUSTAINMENT.
The State Department has approved a possible Foreign Military Sale to the Government of Pakistan of F-16 Case for Sustainment and related equipment for an estimated cost of $450 million.