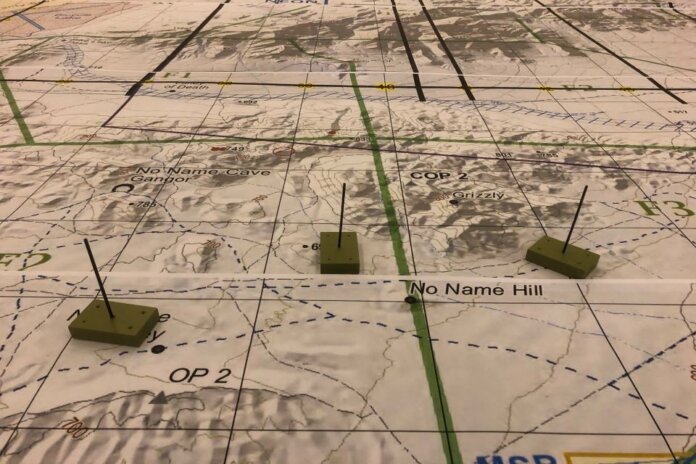 An intelligence tool designed to recognise enemy vehicles using surveillance video was one of several developments tested at Project Convergence 22 (PC22) held at Fort Irwin, California, over the past two months.

PC22 brought together thousands of soldiers from the United States, United Kingdom and Australia to conduct experimentation exercises that were intended to demonstrate technologies that will allow multinational military partners to interoperate within a deployment.

Scientists from the UK’s Defence Science and Technology Laboratory (DSTL) together with UK Army Headquarters’ Future Force Directorate (FFD), worked with US counterparts at the Research and Analysis Centre, White Sands Missile Range (TRAC-WSMR), to develop testing and observation methods.

The tests within PC22 looked to un-complicate the ‘sensor-decide effector’ (SDE) chain by testing a range of new technologies, some of which were present for the first time. According to DSTL, multiple UK objectives were achieved using UK systems and experimentation including: