Home Print Articles 2019 Now Europe is ‘A Nation of Shopkeepers’ 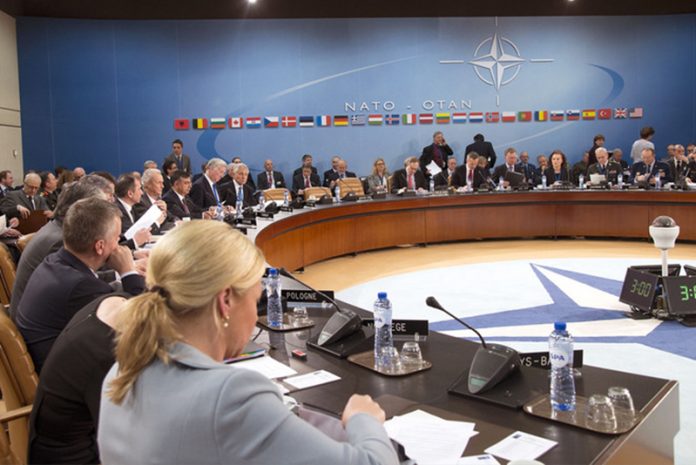 France’s president, Emmanuel Macron, views Europe as “on the edge of a precipice” in terms of its security, as reported by The Economist magazine (9-15 November, 2019).

His somewhat idealistic solution of a Europe being able to fully fund its acquisition needs, and formulate a cohesive all embracing defence strategy to protect itself and potentially project, and sustain power outside its own borders without the United States edges into ‘delusions of grandeur.

A NATO document, Defence Expenditure of NATO Countries (2012-2019), published on 25 June 2019, reveals the sombre reality of how much NATO member states allocate to their own defence budgets.

The ‘elephant in statistics’ is that the US military budget is double that of the rest of NATO members combined: around $730 billion to $284 billion for the rest of NATO Europe. Of the European total, three states, the UK ($60 billion), France ($54 billion) and Germany ($50 billion) account for 57 percent of the total contribution by 27 nations (excluding the USA and Canada).

NATO Secretary General Jens Stoltenberg announced ahead of the NATO Leaders meeting in London to mark the 70th Anniversary of the founding of NATO, that spending on defence among NATO members is actually increasing.

According to Stoltenberg, defence spending among European allies and Canada increased in real terms by 4.6 percent in 2019, the fifth consecutive year of growth. According to his figures, this has meant an extra $130 billion since 2016 with an expectation that “the accumulated increase in defence spending by the end of 2024 will be $400 billion.”

But creating a European force in whatever shape and form cannot be achieved by the simple matter of increasing defence spending across the group. Like NATO, the EU has no forces of its own. It relies on the physical assets of each member state to create any force structure. And this is where the real ‘Achilles Heel’ of a European Defence force without the United States is laid bare.

Which country is going to accept the need to buy 400 utility trucks instead of tanks or artillery, which nations will forgo fast jets or unmanned systems in order to invest in digital radios or refuelling aircraft. One of the key challenges is that there are so many ‘historic empire building nations’ who collectively would find it extremely difficult to justify to their proud nations that buying to a defence plan for the greater good of Europe would be better than retaining their own ‘rounded’ defence capability.

Step forward the European Defence Agency’s (EDA) chief executive, Jorge Domecq. At the end of the annual conference on 28 November 2019, Domecq summarised the future of EU defence would lie with the success of new ‘cooperation tools’ to which all nations could adhere: the Coordinated Annual Review on Defence (CARD); Permanent Structured Cooperation (PESCO); and the European Defence Fund (EDF). This would guide nations into a common acquisition strategy, which would also support European industry.

“Although it is premature to declare today that the new EU defence cooperation tools (CARD, PESCO, EDF) will deliver on all their promises, they definitely have the potential to be very successful and lead, over time, to a more structured joint European defence planning framework that will enable systematic cooperation, from investment and capability development to the joint operational use of those capabilities.”

Key words: Premature. Promises. Potential. Over time. There is much hope without realism in this view. Europe is having to face an unpalatable truth. If it is serious about defence, it needs to increase defence spending substantially – and quickly, a move that vote-hungry politicians view as unpopular and off-message. Europe has grown too big and the experiences of its member states too diverse to have a neat, collective idea on defence, particularly one that will be led by the politically driven founders of the EU. Macron rightly highlights that Europe’s view of itself as a commercial market outweighs the view that it needs to be a military force to be reckoned with.