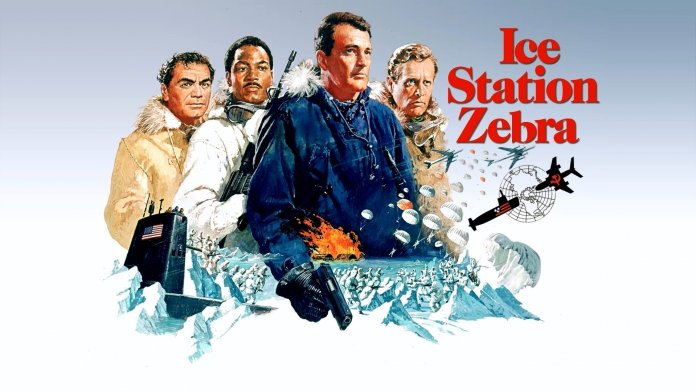 “Engage people with what they expect; it is what they are able to discern and confirms their projections. It settles them into predictable patterns of response, occupying their minds while you wait for the extraordinary moment — that which they cannot anticipate.” – Sun Tzu

The deployment of four United States Air Force (USAF) Boeing B1B Lancer bombers to Orland Air Force base in Norway to begin ‘missions’ over the Arctic Circle is an indication that such areas (including the Antarctic) are increasingly part of the strategic battle for control.

Brought up the celluloid classic as ‘Ice Station Zebra’ based on the spy novel of the same name written by Alistair MacLean, the image of American and Russian troops facing each other down over the recovery of photographic film of US missile bases from a returning Russian reconnaissance satellite was highly entertaining and loosely based on a number of incidents during the Cold War including a Soviet Corona satellite landing on Spitsbergen Island (Norway) in 1959 and the CIA’s Project Cold Feet in 1962.

Today however, factors such as the melting ice caps are making navigation possible in previously inaccessible waters which, according to a recently released report ‘Strategic Blueprint for a Blue Arctic’ (5 January 2021), reveals “despite containing the world’s smallest ocean, it has the potential to connect nearly 75 percent of the world’s population.” Further, the economic importance is underlined by the reports statement that, “The region also holds an estimated 30 percent of the world’s undiscovered natural gas reserves, 13 percent of the global conventional oil reserves and one trillion dollars’ worth of rare earth minerals.”

Key to understanding why this ‘first’ B1 bomber deployment to Norway is now considered as a necessary requirement is the report’s assertion that ““Russia is investing heavily to enhance its Arctic defence and economic sectors, with a resultant multilayered militarisation of its northern flank.” Great Power competition has well and truly arrived in the polar extremes of planet earth.

To end on a lighter note, here are three more quiz pictures for you to ponder. Again no prizes, but the answers are at the end of this email.

The chairman of the US Congress House Armed Services Committee (HASC), Adam Smith (Democrat-Washington State) believes that: “Our acquisition and procurement process over the last 20 years can only be described as a complete disaster – from the F-35, the LCS [littoral combat ship], the expeditionary fighting vehicle, and future combat systems.”

Speaking during a virtual online conversation with Michael E. O’Hanlon, director of Research at the Brookings Institution on Friday 5 March, Mr Smith stated: “We have wasted a spectacular amount of money on weapons systems that either have not worked at all or have not lived up to their promise.”

HASC is responsible for funding and oversight of the Department of Defense (DoD) and the United States Armed Forces.

Mr Smith said that the HASC needed to “seriously scrub programmes like the F-35 – we must make sure that we don’t waste more money.” He added that in the time it took to develop the Joint Tactical Radio System (JTRS) – 10 years – it wasn’t much better than could [theoretically] have been bought at a commercial retailers.”

“Our command and control systems need to be more durable, resilient and replaceable,” he added. “We cannot have systems with single points of failure.”

Mr Smith believes that DoD acquisition plans need to focus more on being outcome oriented and not process driven.

In preserving the position of the US as a global leader, he does not believe it is possible or even desirable for the US to try to dominate China militarily and trying to do so “runs the distinct risk of creating conflict where it does not need to be.”

“We need an entire approach that deters China from doing what we don’t want them to do. Military strength is part of that, but alliances and partnerships and diplomacy and others will play a crucial role in preventing China from taking a hegemonic approach to the region and other parts of the world and undermining international institutions.”

He added that a strong case needed to be made regarding the necessity for US forces to be deployed internationally when required, as well as being more selective in engagements. He noted the public lack of support for drawn-out foreign engagements after experiences over the last couple of decades.

PLA TO STEP-UP USE OF LARGER UAVS TO MONITOR/PATROL CONTESTED BORDERS? A proposal that would see the People’s Liberation Army (PLA) using smart technology and larger unmanned aerial vehicles (UAVs) to patrol its borders has reportedly been suggested by Commander Hou Yun of the PLA Tibet Military Command, according to a report published in the Global Times, a Chinese English newspaper owned by the Communist Party run People’s Daily. The story has been carried by several Indian news outlets, as India is particularly sensitive to China’s activities on its borders following recent military clashes.

There have been reports that the PLA utilised small to medium sized UAVs during clashes with Indian troops along the Line of Actual Control, although such UAVs are likely to have had limited flight time and may have been subject to adverse weather conditions in such a remote area.

Larger UAVs, probably operating from a prepared road or even small runway, could have increased mission time and range. Suggestions are that these could be of the Chengdu Aircraft Industry Group (CAIG) Wing Loong-1 and/or Wing Loong-2 which could carry both ISR systems and potentially wing mounted air launched weapons. The UAVs have a wingspan of 14m and 20.5m respectively.

5 March
US AIR FORCE
The Perduco Group has been awarded a ceiling $500 million IDIQ Small Business Innovation Research Phase III contract for tradespace analysis support. This contract provides for filling critical analysis gaps in acquisitions and increase the rigour of Space Force and Air Force, Army, Navy, and other Department of Defense entities in resourcing decisions towards them. Space Acquisition Management Directorate is the contracting activity. (Awarded 4 Jan, 2021)

US NAVY
ERAPSCO JV (Sparton Corp. and Ultra Electronics – USSI), is awarded a $71 million modification IDIQ contract which exercises an option for the production and delivery of a maximum quantity of 20,000 AN/SSQ-125 production sonobuoys in support of annual training, peacetime operations and testing expenditures and maintaining sufficient inventory to support the execution of major combat operations determined by the Naval Munitions Requirements Process for the Navy and Foreign Military Sales customers. The Naval Air Systems Command is the contracting activity.

US NAVY
Northrop Grumman Mission Systems is awarded a $9 million IDIQ contract for the procurement and sustainment of inertial measurement units. Sustainment efforts include test, teardown and evaluation, failure analysis and repairs. This contract includes purchases for the government of Germany under the Foreign Military Sales (FMS) program. The Naval Surface Warfare Center is the contracting activity.

US NAVY
Lockheed Martin Space is awarded a $128 million contract to support the integration of the Trident II (D5) Missile and Reentry Subsystems into the Common Missile Compartment (CMC) for the U.S./United Kingdom Columbia/Dreadnought Submarine construction programs. Fiscal 2021 shipbuilding and conversion (Navy) ($114 million); and foreign funds – non Foreign Military Sales ($6 million), in the amount of $120 million will be obligated on this award. The Strategic Systems Programs is the contracting activity.

Answers to the picture quiz