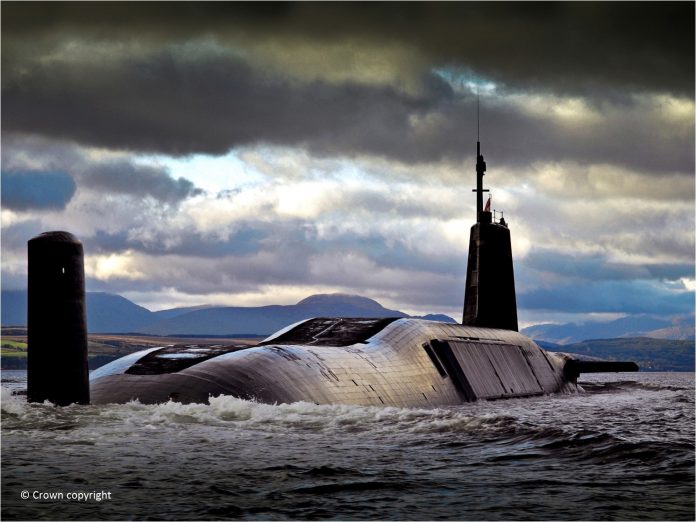 The Royal Navy’s Lockheed Martin UGM-133A Trident D-5 Submarine-Launched Ballistic Missiles (SLBMs) are back in the headlines, following revelations on 22nd January that a test of one of the missiles in June 2016 went wrong.

In the second of our four-part series on the potential effect of nuclear weapons on selected targets around the world, we examine the possible destructive effect of the UGM-133A, which has been the mainstay of the British independent nuclear deterrent since its introduction in 1994. Our print publication, Armada International, examined the future of the British nuclear deterrent in detail in the author’s Albion and the Apocalypse article in the December 2016/January 2017 edition of the magazine.

Beyond our examination of the deterrent, the UGM-133A has been in the news recently: The Sunday Times reported that in June 2016 one of the Royal Navy’s nuclear-powered ballistic missile submarines (SSBNs), the ‘Vanguard’ class boat HMS Vengeance, had test-launched an unarmed UGM-133A missile off the coast of Florida, but that a fault had caused the missile to deviate from its trajectory, aimed towards a target off the coast of West Africa, and instead head towards the United States. The missile’s self-destruct system was thus activated destroying it in mid-flight, the reports continued.

The British government has rushed to assure the public that there is no cause for concern regarding the integrity of the British nuclear deterrent, with the secretary of state for defence Sir Michael Fallon assuring the House of Commons on 23rd January that: “the capability and effectiveness of the United Kingdom’s independent nuclear deterrent is not in doubt.” Some members of parliament remained unconvinced with the opposition’s shadow defence secretary Nia Griffith replying that Sir Michael’s assurances were “just not good enough.”

The UK is expected to retain the UGM-133A as the sole delivery system for its nuclear deterrent for the foreseeable future, the UK Ministry of Defence informed Armada International last year. Just how destructive is this weapon? According to publicly available reports, the missile’s Mk.4/4A Trident Holbrook warhead has a destructive yield of between 80 and 100 kilotons (one kiloton equals 100 tonnes of conventional explosives). Using the Nukemap online nuclear weapons effect simulator, we can see that, presuming the warhead retains a 100 kiloton yield, over 134,800 people would be killed instantly if the weapon was detonated using a surface burst on the Kremlin in Moscow. An additional 353,680 people would receive injuries. The explosion would generate a fireball with a radius of 500 metres (1640.4 feet), meanwhile anyone within a 1.8 kilometre (1.1 mile) radius would have a 50 percent to 90 percent chance of dying from radiation sickness if they receive no medical attention. Those up to 3.9km (2.4 miles) from ground zero will suffer third degree burns. Many citizens of the United States will be no doubt relieved that the UGM-133A fired that fateful day in June 2016 was missing its warhead.