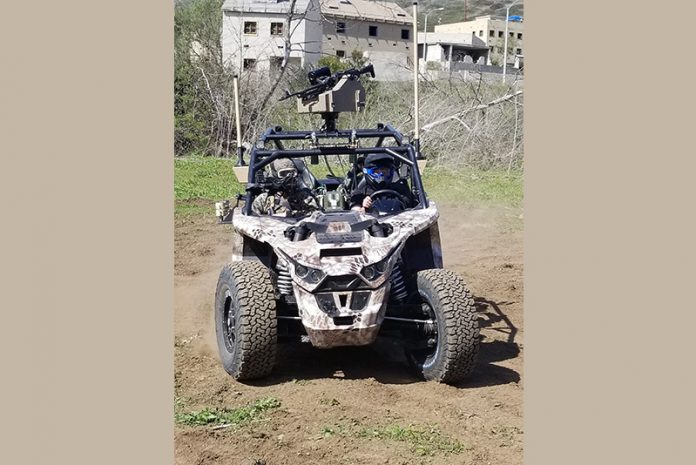 The Reckless all-electric drive vehicle privately developed by the small US firm Nikola Motor and shown at the recent Association of the United States Army (AUSA) convention whisper quiet with almost no heat signature.

It uses an efficient direct electric drive with four redundant independent motors. The design is reliable, low maintenance, and so power efficient that is able to export power.

Displayed as a four seater with a 2000lb (907kg) payload, the Reckless could easily be the modern ‘do all’ multi-purpose vehicle equivalent to the legendary Jeep. It is compact and light enough to be carried in or by all military transport helicopters including the Boeing MV-22 Osprey.

Vice president Andy Christian stated that both the US Marines and SOCOM have shown interest and the vehicle has been demonstrated at Camp Pendleton and Twenty-Nine Palms, California.