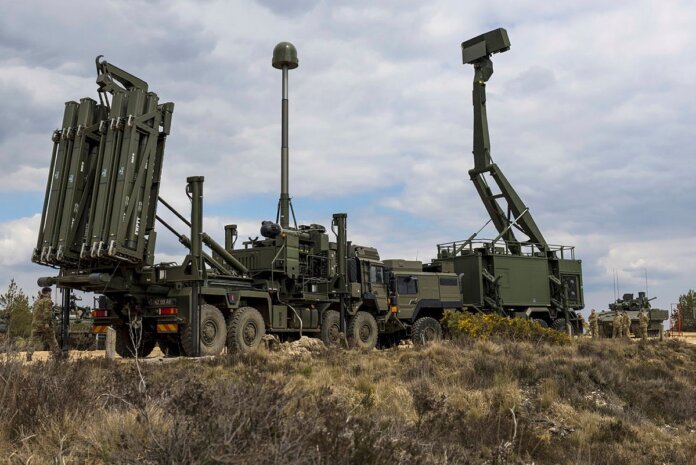 The air threat is growing in mass, technology and sophistication of use,” stated Colonel Graham Taylor, Commander of the 7th UK Air Defence Group, British Army, in his keynote speech on the opening day of the Air and Missile Defence Technology conference (16-17 November), In London, UK.

Many subsequent speakers agreed that there was no single solution that could tackle the growing number of air threats, from the smallest micro/nano aerial unmanned systems (UAS), all the way up in size to hypersonic and ballistic missiles.

Taylor noted that many air defence forces were only equipped to deal with part of the airborne threat spectrum. Even in coalition, such as NATO, the air defence capabilities of each coalition member was usually formed based on sovereign requirements, not those of the coalition.

In providing a perspective of the problem, he noted that while £50 million might buy a decent, modern fighter, it could also buy around 100 cruise missiles, 5,000 tactical UAS or around 50,000 off-the-shelf UAS.

This type of proliferation of UAS also underlined the potential for states or other malicious actors to conduct multiple wave attacks by air weapons of all types that could overwhelm many air defence capabilities.

In fact on the opening day, two Polish civilians were killed when a missile landed inside Poland – although at time of writing most commentators were stating that this was likely to have been a Ukrainian air defence missile responding to one of the worst missile attack by Russian on Ukraine’s civil infrastructure to date.

The Russian invasion of Ukraine and subsequent missile attacks throughout the country has, most conference attendees agreed, brought air defence back into sharp focus for many nation states with investment in capability set to rise up the defence budget agenda.

Over the two days of the conference, military speakers from the UK, Spain, Poland Lithuania, Sweden, the United States, EUCOM and NATO were all set to address delegates.