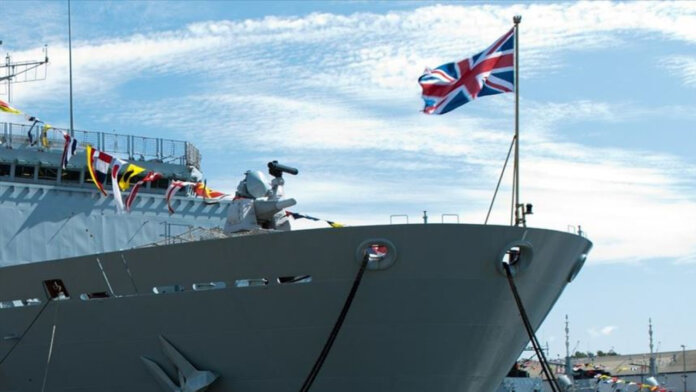 The UK Royal Navy (RN) needs more platforms to allow it to meet a growing list of commitments, a report by the influential, cross-party House of Commons Defence Committee (HCDC) has stated.

The report, published on 14 December and titled ‘We’re going to need a bigger navy’, presented the conclusions of an eight-month inquiry that took evidence from senior officials and independent analysts.

The RN’s destroyer/frigate flotilla currently numbers 19 ships (six Type 45 Daring-class destroyers, and thirteen Type 23 Duke-class frigates). The seven-strong SSN flotilla will be made up wholly of Astute-class submarines when the final Astute boat arrives in 2026.

The HCDC stated that the primary drivers for this force level increase are growing global instability, the RN’s leading role in addressing this instability, and the increasing commitments the navy is tasked with as a result.

“This instability is clear in the maritime domain, particularly with the rise of more assertive state adversaries, grey zone warfare, and technological risk,” the HCDC wrote. “At the same time, the RN is being asked to take on increasing responsibilities, including taking the lead for [UK] defence on the government’s persistent engagement policy and Indo-Pacific tilt.”

“The navy must be able to deliver constabulary and presence operations for peacetime maritime security, while still able to perform high-end warfighting functions effectively.”

“The navy’s fleet is too small and too specialised to meet the demands that will be placed on it over the next two decades,” the report continued. “The escort fleet needs to double in size by acquiring more low-end capability to carry out low-end tasks, alongside ships capable of carrying out the navy’s high-end warfighting commitments. Attack submarine numbers should also grow to reflect the growing importance of the sub-surface domain.”

The report called for increased defence spending to underpin these platform developments.

It also highlighted specific weapons capability matters to address, namely: a new surface-based anti-ship missile to replace Harpoon from 2025; and a vertical launching system (VLS) for SSNR to accommodate Tomahawk land-attack missiles (TLAMs), mirroring the US Navy’s transition to VLS-based TLAMs on its SSNs.

In addition, the report underlined the importance of ensuring no further delays with current programmes, namely: upgrading the Type 45 destroyer propulsion system, with work due to complete by 2028; and delivering the last three Astute-class SSNs by 2026.